Are some, or all of the unanswered questions from the suttas answered in the Abhidhamma and commentaries?

"The jhana-range of a person in jhana…

"The [precise working out of the] results of kamma…

I think the point of the sutta is that such questions have no answer, and to speculate on these topics is folly, so why would the Commentators even try to answer them?

There are several where the Buddha is silent when asked about these. By answering in certain ways, the Buddha will be affirming that there is a self that does not exist after death (it will never continue to exist after death).
The Buddha did not answer because those who asked at the time, were not suitable to hear proper answers. The abhidhamma comes into play (and other suttas if interpreted right) that the self is nothing more than 5 khanda that arise and pass at incredibly fast speeds. Therefore there is no self. If the question was asked properly…

Basic knowledge of Abhidhamma answers this question, and it is easy to understand why the Buddha was silent. Unfortunately, this is often used as “proof” that a Buddha or Arahant can “exist in some mystical way.”

You can watch the videos below by Ven Kumarabhivamsa prompted by yours truly.

Your view of final paranibbana is wrong sir. Your view clings to the idea of total cessation. To understand the analogy of the “fire going cold” you must understand the lingo of ancient indian language: Nibbana by Thanissaro Bhikkhu … According to the ancient Brahmans, when a fire was extinguished it went into a state of latency. Rather than ceasing to exist, it became dormant and in that state — unbound from any particular fuel — it became diffused throughout the cosmos. When the Buddha used the image to explain nibbana to the Indian Brahmans of his day, he bypassed the question of whether an extinguished fire continues to exist or not, and focused instead on the impossibility of defining a fire that doesn’t burn: thus his statement that the person who has gone totally “out” can’t be described. … The second level of unbinding, symbolized by a fire so totally out that its embers have grown cold, is what the arahant experiences after this life. All input from the senses cools away and he/she is totally freed from even the subtlest stresses and limitations of existence in space and time. The Buddha insists that this level is indescribable, even in terms of existence or nonexistence, because words work only for things that have limits. All he really says about it — apart from images and metaphors — is that one can have foretastes of the experience in this lifetime, and that it’s the ultimate happiness, something truly worth knowing.

I’m sorry, but your “views” are wrong according to theravada Buddhism. There is no self and no true self. There only exists the five khanda which arise and pass away very quickly. When the Arahant dies, the khanda do not arise again. There is no remainder. There is nothing apart from the 5 khanda. Nothing extra. There is no pure “citta” in proper Theravada. You are speaking the core views of the Dhammayut Thai Forest Tradition. Below is some pali. If you can read this, then you will know what it means. If you cannot read this, please check with a Buddhist monk who is well educated and degreed by the government of Sri Lanka or Myanmar. When you get an answer, please let us know the monk’s name, country and what certification of knowledge he has. Be sure that he wishes to publicly speak on this issue before mentioning his name. 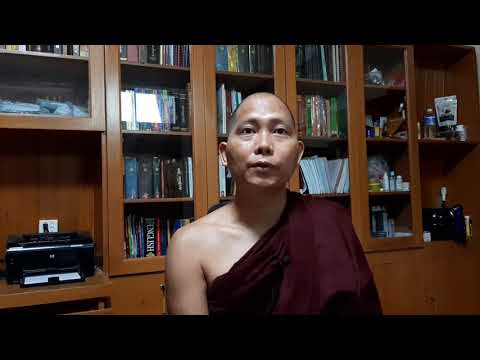 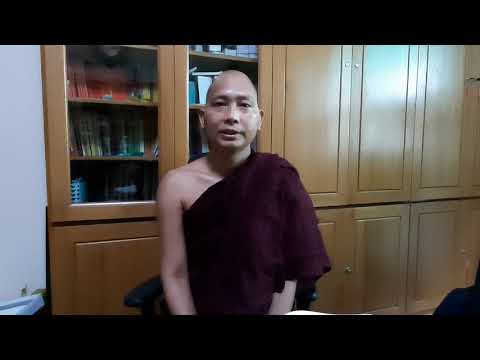 The Buddha did not answer because those who asked at the time, were not suitable to hear proper answers. The abhidhamma comes into play (and other suttas if interpreted right) that the self is nothing more than 5 khanda that arise and pass at incredibly fast speeds. Therefore there is no self. If the question was asked properly…

Basic knowledge of Abhidhamma answers this question, and it is easy to understand why the Buddha was silent.

Thanks Venerable! Could you please tell us what the Pali says?

As to the rest of your well expounded reply, this was exactly what I noticed: some questions, like this one, were unanswered, due to the listener being unable to understand, but have clear answers from an Abhidhamma perspective, I wonder if there’s others? For example, “The being imbued with a life force is identical with the body.
The being imbued with a life force is not identical with the body.” is answered in the Kathavatthu, at least implicitly, and the things you point out about the khandas, combined with the Abhidhamma teachings on rebirth, give a pretty clear implicit answer as well: ultimately there are the four paramatthas, that’s it. In fact the Visuddhimagga puts it very clearly:

There is no doer of a deed
Or one who reaps the deed’s result;
Phenomena alone flow on—
No other view than this is right.

The mental and material are really here,
But here there is no human being to be found,
For it is void and merely fashioned like a doll—
Just suffering piled up like grass and sticks.
Vism. XVIII.31

Apologies, Venerable, I worded the post poorly. What I meant was: are some questions implicitly answered?

I would say that these unanswered questions were not answered by the Blessed One because whatever answer given to these questions would be wrong and doesn’t reflects the reality. For even “Yes”, “No”, “Yes and No”, “neither Yes nor No” would be attributed to Micchaditthi of Attavada or Ucchedavada. These ill-founded questions are, therefore, useless in finding truths and is wasting time if ponder upon them.

The pāḷi just talks of the 3 parinibba ( Tīṇi parinibbānāni ) spending quite a bit of time on the last one Dhātuparinibbānaṃ… my pali is not so good but it might be best not to translate the Dhātuparinibbānaṃ description.

If you look at the “pa-auk mistakes anonymous video guy”, you will see that whatever you say, he just takes whatever he can and tries to bend it and then claim wrong statements were made. One of the videos has comments turned off. It is fruitless to speak with some of these people, as you might know with dhammawheel. Do you see me there anymore? And that was why I created/resurrected this group.

I would imagine such characters in the time of the Buddha and who were hopefully more competent than this “mistakes guy”. The Buddha would know who he was talking to and chose to ignore such questions. The most recent comment which I replied to and copied in the above thread, seems to similar to a typical nyanaviran. He has since responded back, but I won’t be answering him unless requested by sayadaw kumarabhivamsa who gave me the pāḷi. I really feel sorry for the “mistakes guy.” A new video is coming out with the commentary story of kokālika sutta.

You will see that:

"There are these four unconjecturables

Four Ananta in Buddhism are the space, number of cakkavala (galaxies?), number of beings - Sattava, and Buddhaguna (the incomparable leader of men to be tamed (anuttaro purisa-damma-sārathi))

Are some, or all of the unanswered questions from the suttas answered in the Abhidhamma and commentaries?

True, I wonder why such unfortunate incident happened to those western monks. It gives a bad name to Buddhism if viewed by other religions’ people, they might say without understanding: “Look at them! They practice and yet kill themselves! What could be more wrong than if a religion encourages suicides?”

There is no doer of a deed
Or one who reaps the deed’s result;
Phenomena alone flow on—
No other view than this is right.

Yes, just the phenomena. We can clearly understand that if we approach that from the four Paramattha Dhamma.

They practice and yet kill themselves! What could be more wrong than if a religion encourages suicides?”

I will make a new topic for this.

They practice and yet kill themselves!

We would not know others’ choice. It could be due to their past or present or both, which we cannot know.
Two monks became arahants after cutting their own throats and realized they were not yet being free. Not many would have such strength of consciousness - this is extreme level of consciousness. But it is true one can attain liberation at the end of life. This was also true to a monk who was gored by a buffalo, at the end of his life marked his liberation from samsara.
Death is an important part of meditation practice.

I made a separate topic here for suicide.

This was in reference to several (3 or more) Westerner Monks who are Suttanta only and killed themselves. Ven NyanaVira (Clearing the Path) The monk from the what-the-buddha-saiddotnet website A monk who lived near to the Island Forest Hermitage where ven Nyanavira was from… recently last year or so. The problem is being totally Suttanta and not believing the commentary… There are many suttas which reference Suicide and then afterwards, the Buddha declared that they used the knife blameless…

they used the knife blameless…

Blameless-ness occurs as the monk is not influenced by sakkaya ditthi in his act, and when the monk attains liberation. In this case, suicide is not aimed for a better next life. The act did not arise from greed, anger and delusion but intention to end the samsara as the monk is endowed with sila and samadhi, as the monk is fully prepared for panna, which he has not yet attained and as he is suffering from moha and dukkha.
But suicide is not a recommended method for liberation as there is no certainty for the monk to know their level of ripeness. Only Samatha Vipassana they should practice, as this method is also aimed for experiencing death without ending in actual death.