How you people celebrate this important day?

I planned to observe Uposatha Sila (eight precepts) by myself, spending the day with activities such as worshipping the Triple Gems at my home altar, listening to dhammatalks on YouTube, read Pali canon books, try to meditate and then practice Pāli chanting. 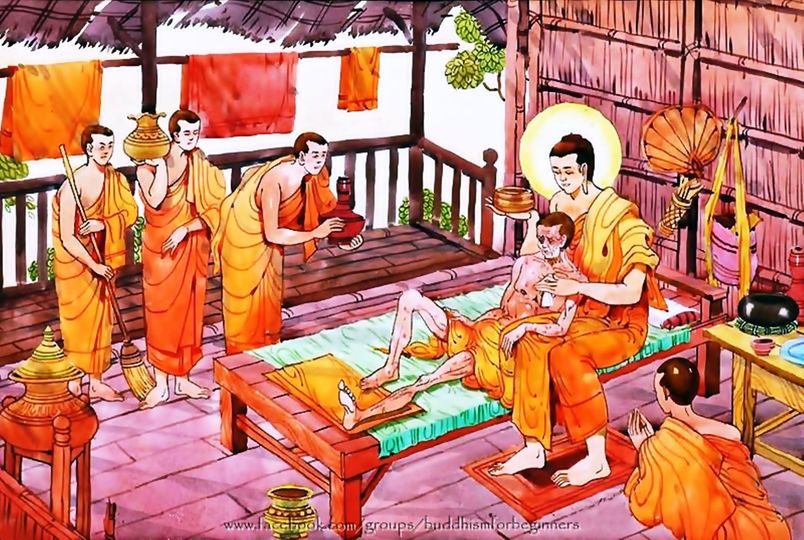 I am quite happy that I can recognize so many of the Buddhist Story pictures. They make me so happy.

[PPN] A young man of Sāvatthi, of good family. After he joined the Order an eruption broke out on him which covered his whole body with sores. His fellow monks, unable to look after him, abandoned him. When the Buddha discovered this, he boiled some water and washed Tissa with his own hands and cleaned and dried his garments. When Tissa felt comforted the Buddha preached to him, and Tissa became an arahant. In a past birth he had been a fowler and had killed many birds, of which he sometimes first broke the bones to prevent them from flying away. One day he had given alms to an arahant. DhA.i.319 ff.

Yes, some people think these arts or pictures may not reflect the actual occurrence but it surely bring up my faith and devotion to the Buddha.