Maybe offtopic but just to share some cultural stuff related to “Theravada Buddhism” found in Thailand.

Due to curiosity, I was studying a Thai Theravada folk Buddhism’s sacred phayant (or scriptures or symbols written/printed on a cloth to served as a protective object). I know how to read the Khom scriptures (which used by ancient Thai monks/shaman for writing the Pali scriptures).

This phayant is produced by a royal temple named “Wat Suthat” in BKK, Thailand. 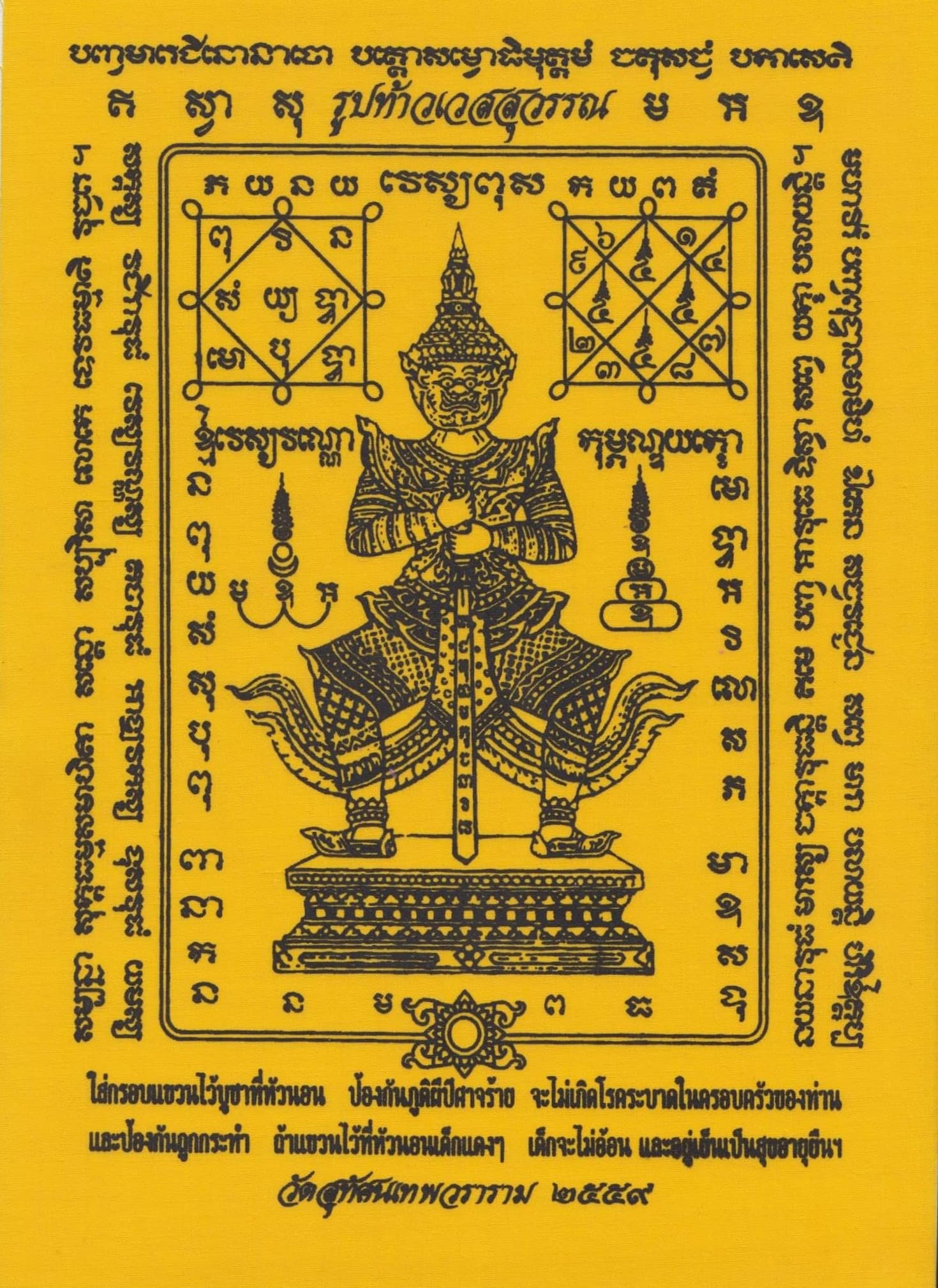 To my surprise, there isn’t much about nonBuddhist mantras…

Then followed by a Jataka gatha:

And surrounded by shorten version of gatha, such as:

The central image represents the great King of Northern region, His majesty Vessavana Maharaja, holding His Gadhavudha. It is said that this phayant is famous since the ancient time of Thailand, where it was used to exorcise evil sprits & demonic entities, purify the haunted places and preventing the haunting of demonic entity and spirits. This phayant is often given out as a gift by Thai temple when there is a special occasion of reciting Atanatiya Sutta (DN 32), which usually recited in this style: 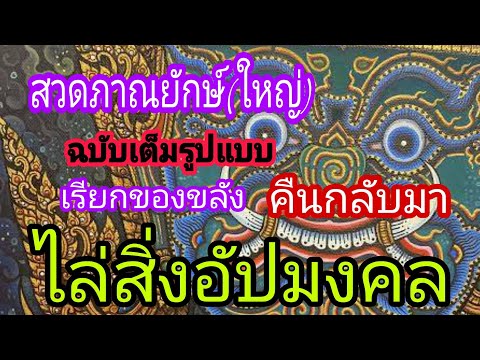 And this practice carried on till now. You can still see it at many places in Thailand, especially certain hotels and places. Make sure you don’t step on this phayant or take it off from the wall as the Thai people may get angry about it.

I guess it is just a way how Thai Buddhists in the past express their desire for protection against misfortune. Which actually, it serves nothing more than just a token of remembrance of Buddha, Dhamma and Sangha.

I think the same thing can be found in Sri Lanka (they called it yantra) and Burma too.

Yes… there is also quite a bit of mixing of religions in Myanmar too. You can read about Nats here Nat (deity) - Wikipedia.

All of my Thai donors in Hawai’i seemed to have a Ganesh statue on their shrine (along with the king of Thailand before he died).

The Thai forest tradition also turned “Bud-dho” into a mantra and there are recordings of Ajahn Mun meeting with previous deceased Buddhas and deceased arahant disciples.

In general though, Western Buddhism is quite wide and mostly Mahayana - Vadrayana which shares many animistic beliefs.

Nat belief (Buddha did not really forbids this practice, but just it doesn’t lead to true salvation) or phayant (can be used as just a token of remembrance) can be tolerated to a certain extent with proper understanding.

But Ganesha thing is totally off.

And Ajahn Mun seeing past Buddhas and Arahants is really contradicting what Buddha taught in the Suttas.

There are certain Buddharupa in Thailand that are considered to be extraordinary and sacred. Usually they come with legends and folklore beliefs. 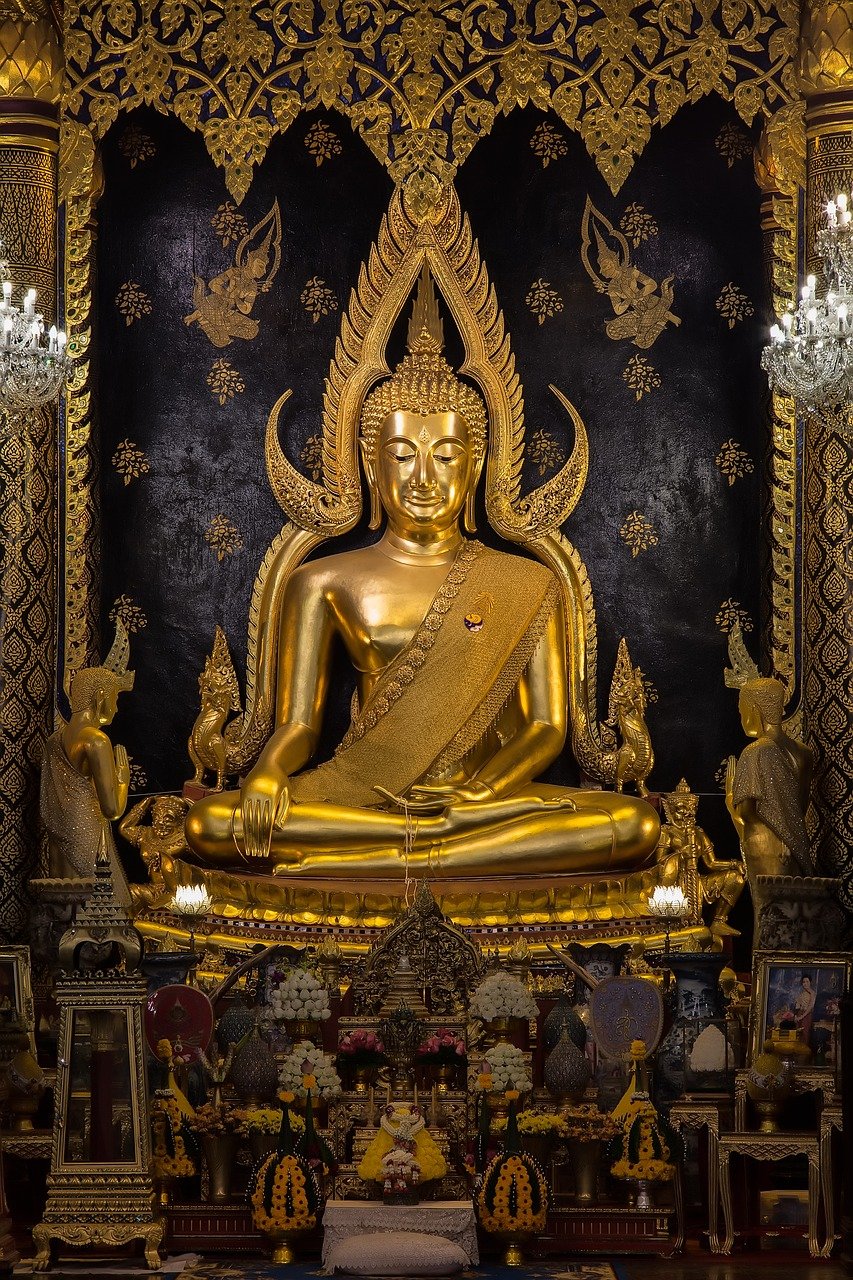 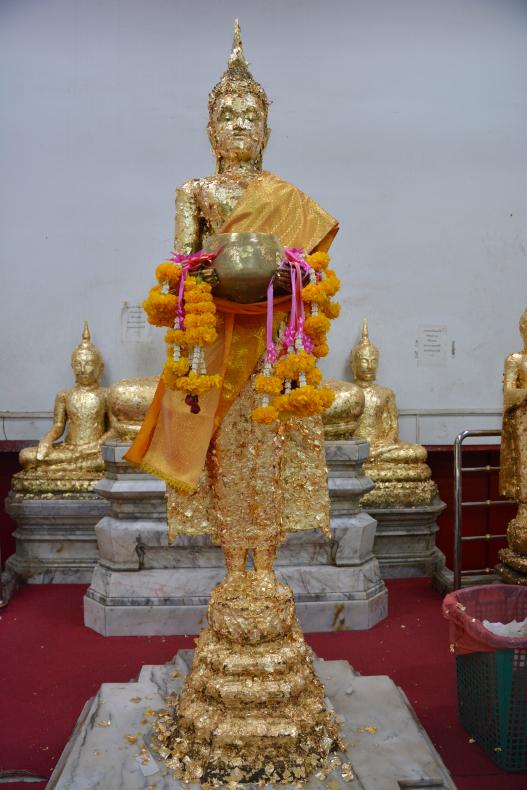 Its origin was uncertain, it was installed in Ban Lem temple at Samut Songkram state of Thailand, when people found this image floating on river. The image came with a inscription at both arms written: “Na Ma Ra A, Na De Va A”. Then the temple abbot, had a dream that a certain Deva told him that write down the inscripted texts and meditate on it while giving out plain water to public. There was a some sort of mass food poisoning in that area during that time. After making use of this chanted water by monks, many people recovered miraculously. Till now this Buddharupa still at the temple and many people venerating the statue.

I like visiting that temple when in Phitsanaloke - very attractive.

It is indeed a beautiful Buddharupa.

Quite funny though, the meaning of this term in Thai is literally “The abode of Vishnu”.

Thai mixes many things. Nearly all of my donors in Hawai’i had Ganesha on their Buddha alter.

I used to carry a small Thai styled Buddha image pendant. Whenever I am sad and demotivated, I will look at it. 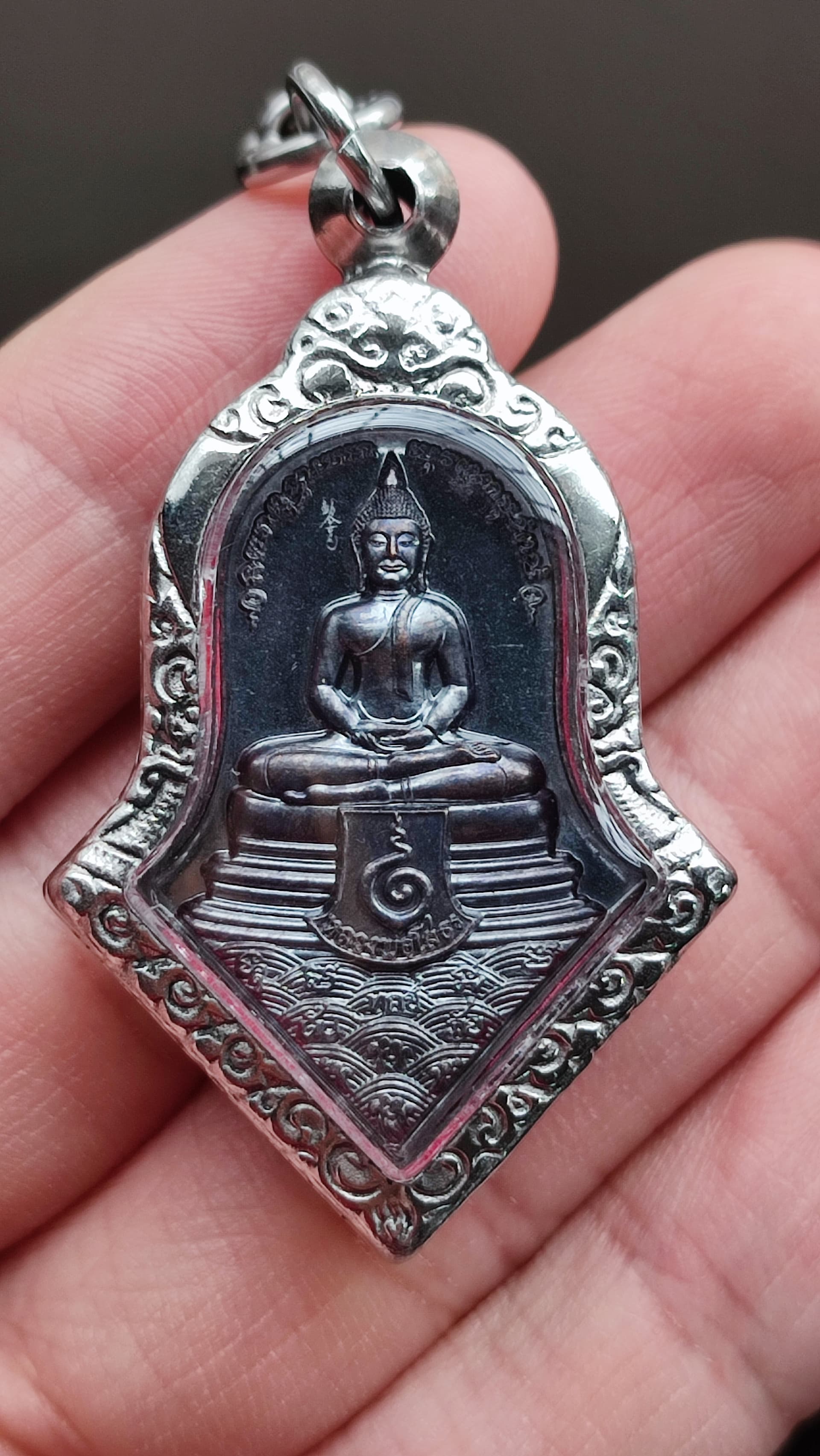 Vessavana Maharaja image at the back 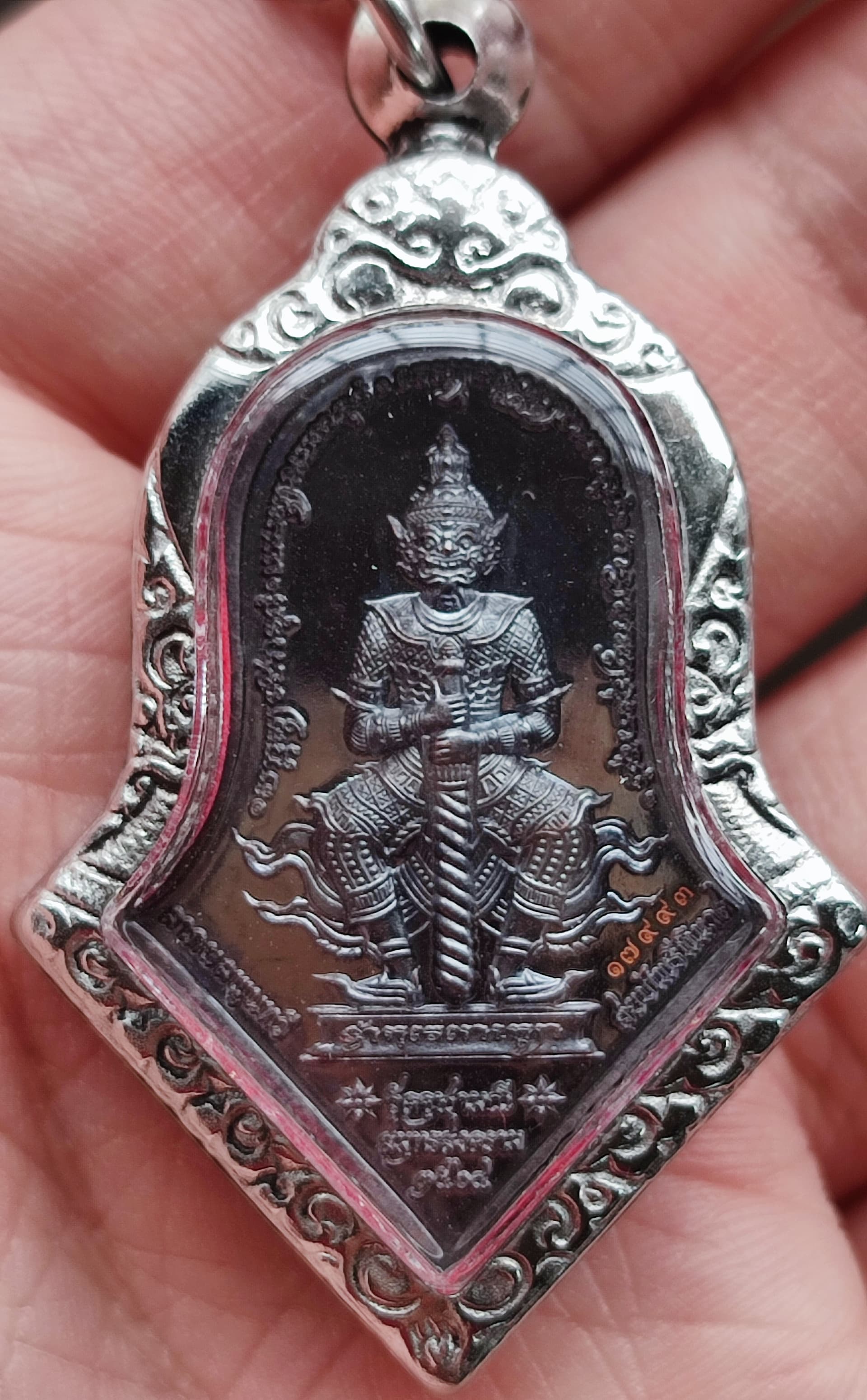