I am learning pali. And I have learned that there are two kinds of pronunciation. One is the Sri-Lankan “style”. And one which is used in Myanmar.

I have learned that the main difference is about the pronunciation of the “a” letter. In the Myanmar style it has the same pronunciation all the time, like the “u” in but.
In the other case, in the case of the Sri-Lankan style it has differences, depending on the position of the letter and also there are exceptions to these rules. E.g. in the first syllable it is, usually, pronounced as it is in “but”. But in other places it may be pronounced as e.g. “o” in “period”.

What is the correct one? I mean which one is the “real” pronunciation?

I myself, put my vote on the Sri-Lankan version and I learn to read that way. But I do not have much justification about it. What is your take on this topic? Is it ever explained in one of the language books e.g. in Saddanity or in any other similar works?

Thai pronunciation is different to both, but well-educated monks in all Theravāda Buddhist countries will know the accepted pronunciation.

I have some sample Pāḷi words on my website, recorded by a Sri Lankan bhikkhu.

Since 2,500 years have passed by since the time of the Buddha, it is largely a matter of opinion what is correct or incorrect.

Sayādaw U Vicittasāra should know as much as anyone about Pāḷi. Here, he is reciting the Mettā Sutta

There are many differences… Ironically, the ones you mention are not those differences.

According to hearsay and memory of the story… During the 6th council this was brought up. The commentary actually mentions about the position of the tongue when speaking and where the sound comes from. For “s” it is difficult to prove that “th” is not the correct sound… There was also a mention that Nepal speaks this way and so it was judged as “accepted and valid”. I have asked a Gorka/Nepal monk who is from Myanmar (many from Mogok). He is a Dhammacariya and Myanmar Pāḷi is easier for him. However, he believes that the story of Nepal being this way is totally false. He believes that Sri Lankan is better. However, Sri Lankan is a little different with the “natural” sound of “a” when it comes at the end of a word… like “tassa” —> tassuh
I think they left out the argument of “ja” versus Myanmar “za” which is very different
or “ca” versus Myanmar “sa” . I don’t think these would be justified anywhere.
I don’t think there are mentions of double consonants changing the vowel sound either.

Because I have lived 6 years in Sri Lanka and 10+ years in Myanmar… I sort of get both. Myanmar Pāḷi is difficult to listen to or chant because they often skip the timing of the long vowels and double consonants. It is proven in poetry which is “timing” based that Sri Lankan is more precise. Because the vowel changes with double consonants, Myanmar monks claim it is more accurate when chanting at super fast speeds.

Sri Lankan Pāḷi sounds ugly to them. It is my personal belief that Myanmar put their own phonetic rules into the pronunciation similar to tts does so when reading my books aloud. But that is my own opinion.

Thailand often reverses the t and d and also the p and b
Sri lankans rarely know how to spell Romanized Pāḷi. It is sort of fun to read what Sri Lankan Scholars actually spell in roman letters. Their own Sinhala script would be fine though.

If it came to a vote…The Myanmar would always win. They have more monks in Myanmar than all other countries combined.

One of the biggest faults of Myanmar (by a foreigner perspective) is the chanting. You can ask @monkSarana . He is fluent in Myanmar and Sinhala and also both versions of Pāḷi. He would be able to cite the differences better than what I wrote here. I’ll take a modest claim to 75% accuracy.

The best Pāḷi pronunciation I’ve ever heard (in this life) is that of Sameer, a US linguist specializing in phonetics and phonology. Additionally he’s a Bengali speaker. I only find his retroflex consonant pronunciation is (sometimes) somewhat lacking. You can check several Pāḷi words he’s recorded here: Pronounced words by sameeruddowlakhan in Forvo.

Sri Lankan Pāḷi sounds very funny to me, because of the schwa (the mid-central vowel bksubhuti described as ‘uh’ as in tassuh). The proper pronunciation would be much more open. Also Sri Lankans (and even Thais) often pronounce aspirated consonants as unaspirated and vice-versa. And finally, there’s no pure nasal sound in Sinhalese, so they pronounce ṃ as n. In fact this was investigated in one linguistic study about Sri Lankan immigrants in France, because French makes use of a pure nasal sound. I think in Thailand and Myanma they pronounce ṃ as ng.

Also check this awesome video (especially the story) to get a feeling of how proper Pāḷi sounds.

What is your native language?

I am bias to Sri Lankan way of chanting. It gives me a sense of peace and seriousness. It always put away my fear or nervousness, calming my senses wherever I listen to such chanting.

the chanting of Saccavibhangasutta here 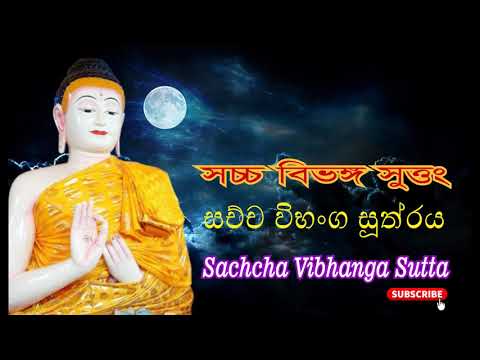 The chanting of Mahasamaya Sutta: 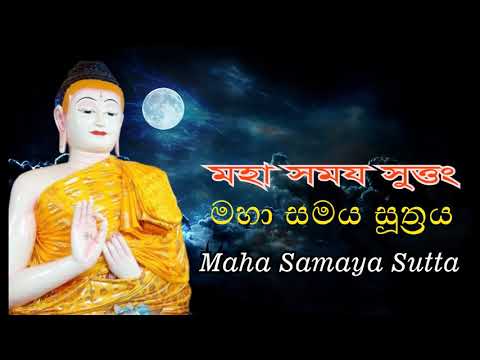 The chanting of Mahasatipatthana sutta: 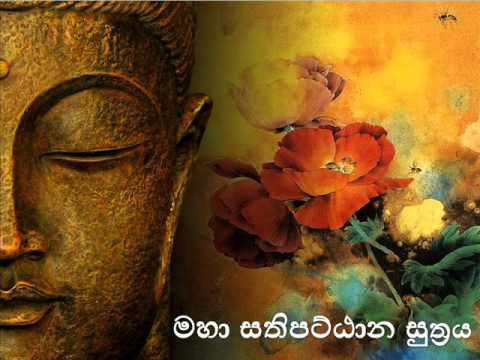 I recommend this recitation of the Ratana Sutta by the students of Mumbai Pāḷi University. The pronunciation is very clear, and so good to learn from. 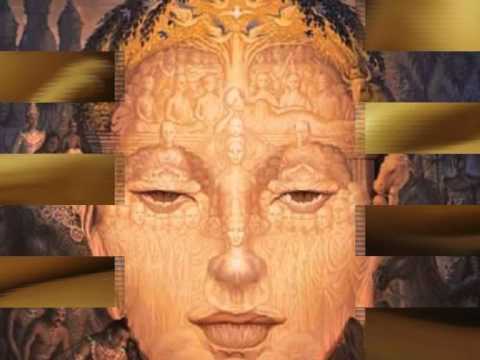 Their pronunciation is great indeed, @BhikkhuPesala. You can still feel an accent, e.g. their mahapphalāni sounds more like mahaffalāni, ph>f is something you find in a lot of modern Indian languages. However, I’d take their pronunciation over any SL or MM.

The Buddha warned against melodious chanting.