Only The Best For Buddha 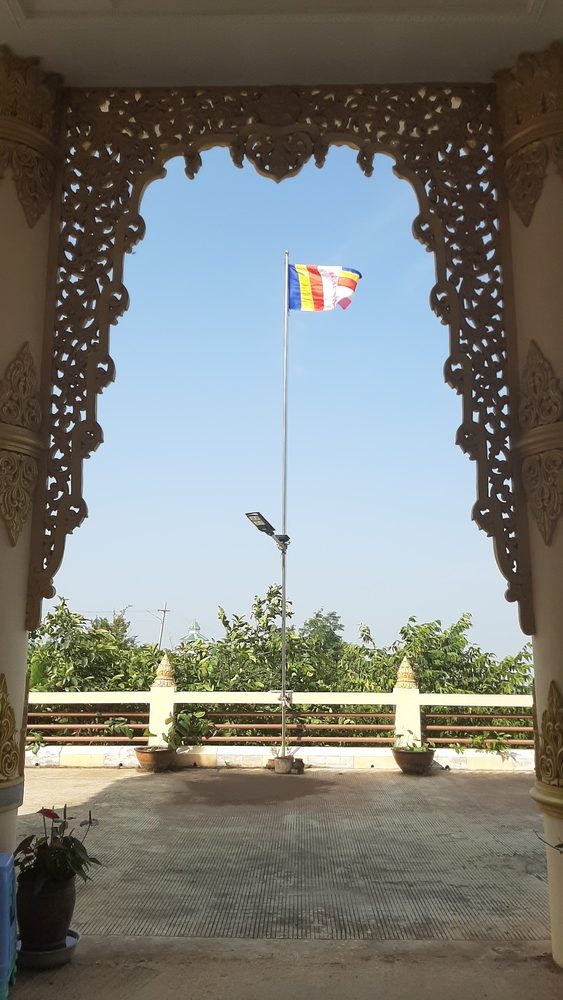 Only The Best For Buddha

When we give water to the Bodhi Tree, it is not uncommon to give pure bottled drinking water to it.

Bottled drinking water is used to water a tree.

But it is not just any tree. It is The Bodhi Tree. This tree is the symbol of Buddhism. A long time ago, there were no statues of the Buddha. The way to symbolically represent Buddhism was to grow the very same tree where The Buddha attained his Englightenment and worship that. Most monasteries claim their tree was grown from a seed from the original. Vesak is the lunar day when the Buddha was born, attained Enlightenment and lastly, attained his Final Nibbāna which is called Parinibbāna. Just like Christmas, we got a few gifts and some special food on that day. I was supposed to chant the Pātimokkha on that full moon day, but due to last COVID-19 infiltration, we are back on a semi-separation routine.

It may seem strange to you that bottled drinking water is used to water a Bodhi tree, and that is why I took some pictures. That is a major purpose of this website, to show you things about the Buddhist monastic life that you might not already know about. Below is a video of giving water:

It reminds me of the first time I went to a house donation in one of the villages near Pa-Auk (Pa-Auk is a village name, and the monastery and teacher are named after that village and not the other way around). I went to a small house invitation with Sayadaw U Revata when he was just a few years old in monk years. I was one year younger than him. He gave a dhamma talk and then the donors took our bowls and returned them filled with our meals just before we went back to the monastery to eat. When I got back, I went to the saṅgha office where Sayadaw U Kuṇḍadhāna was. The bowl was filled to the brim with special coconut rice and many different curries.

It was my first time out, and I was very excited to eat pure local Myanmar food rather than food that was cooked for 500+ residents all at the same time. Not only that, this food was The Best Quality Food They Could Offer. I never had coconut rice before, and the smell was amazing. However, there was so much food, I asked U Kuṇḍadhāna what to do with all of this food? I was intending that question to be an offer to share this wonderful food with him. U Kundadhana said:

Give all of it to the Buddha.

The bell just rang and I had to get the same food as usual from the alms line. I knew enough about Buddhism to make it impossible to refuse a request. I put my bowl on the altar of the saṅgha office and grabbed another spare bowl to get more food. I was like… “but …but…but”, I might imagine that Sayadaw U Kuṇḍadhāna remembers it. I’m sure I wore classic memorable face on top of my slumped shoulders. However, we both knew it was the right thing to do. Always give the best to Buddha. We were just mere representatives of The Buddha’s Saṅgha. It was intended for us, yet, it really was not.

Later, I had many chances to have coconut rice and other curries. It was not such a big loss as I had imagined. In the end, it was only food. I’m not sure if this donor is still alive, but I can assure you that he would be happy to hear that I gave my entire bowl contents to The Buddha instead of eating it. The decision to give my food away was always my choice, but …

If you know what is the right thing to do, there is no choice.

The donor’s name was U San Thin. He was also a monastery helper for a short time and he had a lot of faith. He had pledged to give away one year of his salary pension to help build the female meditation hall. I think this visit might have been because of that donation or many other donations he has done. I remember asking Sayadaw U Revata what the dhamma talk he gave to him was about.

The dhamma talk was based on the Dhammapada story of Culla Ekasātaka. Culla Ekasāṭaka possessed but a single undergarment, and his wife possessed but a single undergarment, and both of them together possessed a single upper garment (normally, you wear a lower cloth and upper cloth together like shirts and pants). The result was that, whenever either he or his wife went outside, the other had to stay at home. There was an announcement that The Buddha was in town and giving a series of talks throughout the day and also the night. It was agreed that she would use the upper cloth during the daytime visit while he could use their shared single piece of cloth to listen to a talk from the Buddha during the night. During the evening talk, he wanted to honor The Buddha with a gift, but all he had was his upper cloth shared between him and his wife. He struggled with different wholesome and unwholesome thoughts (mostly unwholesome) throughout the talk. At the end of the talk, the struggle was over and he decided to give his cloth to the Buddha. Taking off his garment, he laid it at the Teacher’s feet and thrice cried out with a loud voice,

It was a big struggle, but he won the battle of generosity. King Pasenadi Kosala happened to be in the audience and was curious about the exclaimed word “conquer”…. well, because that is what interests kings. He investigated and being impressed upon the character of Ekasāṭaka, he ordered a series of donations to be made to him. However, as each donation came, so it was forwarded to the Buddha again. Eventually, the king rewarded him with great wealth like no other. At the end of the story, the Buddha said this verse which is collected in the Dhammapada.

Let a man make haste to do good;

let him restrain his heart from evil;

For if a man is slow in doing good,

his mind delights in evil.

He won, and so did U San Thin!

That is why we give the best to the Buddha.

That is why bottled water was given to the Buddha.

Video of water pouring below:

https://archive.org/details/waterbodhitree
This video is a pasted link. It is seemless, but not stored on our own server. It is preferred that you use this method when posting videos, to help keep our server backups lean.

I wonder if a person sincerely pay homage to a Buddharupa, taking the Buddharupa as a symbol of the Enlightened One…is this merit equals to the merit done by venerating the living Buddha?

Like Matthakundali’s case, just a simple act of veneration towards the Buddha can generate merit to have a reborn in heaven.

is this merit equals to the merit done by venerating the living Buddha?

Only if he could make his mind equal to that of in front of the Living Tathagata.

“Whether the Blessed One is living or not, same mind gives same results.”

Even if one doesn’t have such a great mind, it is still of very high merit.

Like Matthakundali’s case, just a simple act of veneration towards the Buddha can generate merit to have a reborn in heaven.

It depends on the mind status of the person.

If that is so, from now on I will train myself to see Buddharupa as a real symbol of the living Buddha Himself.

Whenever I offer flowers, incense, clean drinkable water, & candlelight to this Buddharupa, I will think it as if I making the offerings to the living Buddha Himself. 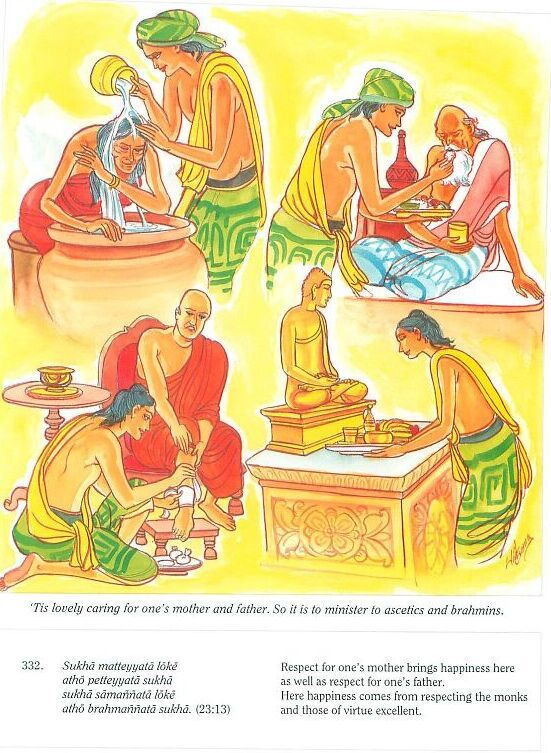 If that is so, from now on I will train myself to see Buddharupa as a real symbol of the living Buddha Himself.

Whenever I offer flowers, incense, clean drinkable water, & candlelight to this Buddharupa, I will think it as if I making the offerings to the living Buddha Himself.