Karunadasa on concepts and realities

Another great quote from prof. karunadasa that hopefully explains how dhammas are real
QUOTE
“The term paramattha is sometimes paraphased as bhutattha (the actual).67 This is explained to mean that the dhammas are not non-existent like an illusion or mirage or like the soul (purisa) and primordial nature (pakati) of the non-Buddhist schools of thought.68 The evidence for their existence is not based either on conventions (sammuti) or on mere scriptural authority (anussava).69 On the contrary, their very existence is vouchsafed by their own intrinsic nature.70 The very fact of their existence is the very mark of their reality. As the Visuddhimagga observes: “It (= dhamma) is that which, for those who examine it with the eye of understanding, is not misleading like an illusion, deceptive like a mirage, or undiscoverable like the self of the sectarians, but is rather the domain of noble knowledge as the real unmisleading actual state.” 71 The kind of existence implied here is not past or future existence, but present actual and verifiable existence (satvijjamanata).72 This emphasis on their actuality in the present phase of time rules out any association with the Sarvastivadins’ theory of tri-temporal existence. Thus, for the Theravadin, the use of the term paramattha does not carry any substantialist implications. It only means that the mental and material dhammas represent the utmost limits to which the analysis of empirical existence can be pushed.”

I think a wrong view of that sect. Apparently they believed elements exist in the past and future as well as present.
Seems a strange idea but think how many movies are based on time travel - which relies on thinking that the past or future is somehow existant.

Would this be what they call the trikaya?
Do you mean (or do they mean), existing at the same time?

I think so, all wrong view due to not understanding that what arises ceases utterly.
This link has an article

Origin and Development of Sarvāstivāda Abhidharma

Origin and Development of Sarvāstivāda Abhidharma

They thought the dhammas are eternally existing substances, and so persist in the 3 times. What we see as impermanence is really the dhammas discharging their effects across time. Liberation then for the Sarvāstivādins meant “decoupling” from these dhammas, but the dhammas themselves never cease to exist. The Pudgalavādins had a similar view, since for them the dhammas also existed in the 3 times. Both schools adopted that view as a way of explaining how kamma works across lifetimes. It works because the deed always exists, as does its fruit.

You can watch about 5 minutes and see what Ven Maggavihari says about Sarvaastivaada vs Theravada for “existing realities”. I normally do not pay attention to other schools. I guess the most confused one with Theravada is the sarvasastivaada because it sounds like it could be theravada.in a similar language.
This link below: Time stamp: 27min 21 seconds 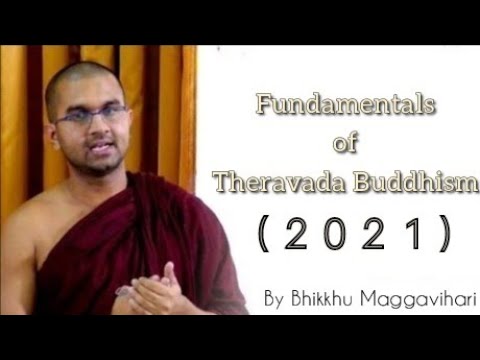