What is the classical view of the Jataka collection?

There are many attributes about them that make modern people skeptical of their authenticity-for instance the people in the stories sometimes talking in poetic rhymes, which seems like a weird thing to do if it was a literal recount the Buddha’s past life.

Personally I believe the jatakas to be legitimate to an extent. Just perhaps not all of them or exactly as recorded in the texts.

What is the classical view of the Jataka collection

I believe them . They describe events aeons ago in some cases. Some things were probably slightly different from this aeon. But human foibles were the same.

What is the classical view of the Jataka collection?

Not only modern people but also old people. It is true that modern people have more doubts than old people specially Westernized ones. It is natural and a Dhamma-fact that the majority of Humans can’t accept at least Kamma and Rebirth.

the people in the stories sometimes talking in poetic rhymes,

Not only it but also ‘humans talking with animals’.

Interestingly we find such talking animals even in the Vinaya and those animals discuss and start observing five-precepts even.

If one is doubting Jataka due to it, then they have to doubt Vinaya as well.

Then the Lord addressed the monks, saying: “Formerly, monks, there used to be a large banyan on a slope of the Himalayas. Three friends lived near it: a partridge, a monkey and a bull-elephant.
…
“Then, monks, the monkey and the bull-elephant spoke thus to the partridge: ‘You, friend, are the eldest of us by birth. We will respect, revere, reverence, honour you and we will abide by your advice.’

“Then, monks, the partridge caused the monkey and the bull-elephant to undertake the five moral habits and himself followed the observance of the five moral habits. They, having lived courteous, deferential, polite to one another, at the breaking up of the body after dying arose in a happy bourn, a heaven world. This, monks, came to be known as the ‘Partridge Brahma-faring.’

Observations of some people about the stories of “people and animals talking with animals”:

Not only it but also ‘humans talking with animals’.

Interesting enough I actually never found the talking to animals thing to be an issue in the slightest.

Considering that in ancient times humans used to be genderless, float, and emit light, and that in the future on this very earth humans will one day live to be 80,000 years old and will be free from all disease except for the defilements, I dont really think it’s far fetched at all that either at an ancient time on earth or a previous kappa that humans and animals could talk to each other or that snakes would be vegetarians or etc.

The world was pretty different just 100 years ago, and even more so 10,000 years ago with our ancestors living side by side what we deem “prehistoric” animals like saber tooth tigers and woolly mammoths. I can totally see ancient times or a previous world cycle having some apparent differences.

Although talking in rhymes does seem like something that doesnt seem like it would simply be a trait of an ancient era or previous world. Which is why I have some skepticism that some of the jatakas happened exactly as they were recorded in the texts. 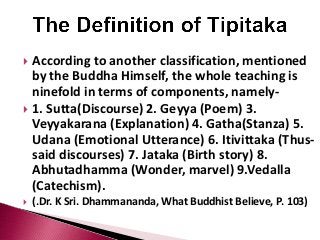 Jataka is one of the Nava angas taught by the Buddha. There is no reason to doubt it.

The stories appear to be bizarre or unthinkable due to our limitations of knowledge and experience.

Although talking in rhymes does seem like something that doesnt seem like it would simply be a trait of an ancient era or previous world. Which is why I have some skepticism that some of the jatakas happened exactly as they were recorded in the texts.

There are two assumptions that new one can make about Jataka rhymes.

In both cases, there is no problem about Authenticity or the Trueness of the story.

for instance the people in the stories sometimes talking in poetic rhymes,

It is good that you asked this question with this particular example because it is easy to answer.

Aren’t there things such as:

This lady convenes at her house a group of admirers, whenever she chooses to be inspired… She went round her circle and called on each person for a theme. Seeing her busy with her fan, I proposed the Fan as a subject. In tracing its origin she followed Pignotti and in describing its use she acted and analyzed to us all the coquetry of the thing. She allowed herself no pause… So extensive is her reading, that she can challenge any theme. One morning, after other classical subjects had been sung, a Venetian count gave her the boundless field of Apollonius Rhodius, in which she displayed a minute acquaintance with all the Argonautick [sic] fable.[18]

If this is the case, wouldn’t you also be skeptical of The Dhammapada?

People are still skeptical today about the oral tradition and venerable ānanda with his great memory. There are tipitakadhara monks in Myanmar. There are also a handful of people in the world with documented “historical memories” where they can remember everything about their lives to the greatest super human detail.

One tipitakadhara monk is at our monastery and will soon become a Pa-Auk teacher.
I’m helping with English on our way back from collecting alms.

Tipitakadhara is indeed a rare occurrence in modern world. I think Bhante can imitate the ancient monks, ask the Venerable Tipitakadhara to explain a meditation subject to you, then you can meditate upon the subject and subsequently gain Path and Fruition.

I agree both are perfectly possible now that I think of it. Although I do think number one is perhaps more likely, as a verse that rhymes would be easier to remember and in the Suttas the Buddha even spoke very repetitively, probably to make things easier to remember for the oral tradition he knew would develop after his Paranibbana.

I was telling this to the tipiṭaka sayadaw this morning. I taught him the word “poetry” and then I had to make up a rhyme on the spot to teach him what “rhyme” was. Most poetry in other languages are actually based on rhythm and the number of beats per line. It might be a cultural thing to summarize something in verse. It happens in… shall I say… suttas too where a disciple says he feels inspired to say a verse and the Buddha allows. (I’m quite sure i’m not confusing this with other things). I think people in the cities, do this all the time. It can be done.

I said to the sayadaw, this is a rhyme:

I wanted more.
So I went to the store.

People don’t believe in tipiṭaka sayadaw
I believe you and I know how.

In honesty, I cannot remember exactly what I said to him, even though I said it and it might be changed. However, those who were compiling things had superhuman memory unlike myself.