Does Sujato deserve veneration? Does he even earn to be called a monk?

Does Sujato deserve veneration? Does he even earn to be called a monk?

I’ve learned that he is rather an anti Buddha, anti Dhamma and anti Saṇgha representative than a follower of the triple gem.

I wonder if he partakes at all in regular uposatha day pātmokkha recitation and what he says about when he is asked “Are you pure in this?”.

He openly supports different kind of sexual deviancies (including those which involves mutilations of healthy bodies, even in the case of youngsters, using drugs), several global conspiracies (on the side note, he borrows dogs - but as I learned this the least significant thing). He is openly a feminist. He partakes in social activities. And his site states that they block and censor everything which does not fit into their liberal ideas, even if it was told by the Budhha himself.

He just asked personally - as a monk, who lives on alms food - for thousands of dollars for a character font which he likes. My guess and feeling is that this is not right as well. But I am not surprised at all.

Here he is showing joy for Akaliko posing to/with a “F_u_c_k the state” poster. (I tried to include the screenshot but I could not figure out how to do it…)

We are all affected by his presence on this side of the word as we are hit by his site and name all the time.

I see support/cover/protection and veneration on the DW site with its admins and with the few active members. What is your take on him?

My sincere advice is to use this precious human life to learn the true Dhamma, and to practise it to the best of your ability. Very few people are Noble Ones these days, and all others have plenty of faults. To focus on the faults of others, instead of removing one’s own faults, is extremely unskilful. What possible benefit could it bring to you, or the members of this forum?

I recommend reading the Dhamma Dīpanī by the late Venerable Ledi Sayādaw, especially the section linked to above.

Welcome to classical Theravāda. This website is a refuge for those who find it difficult to co-exiat in modern English Buddhist discussion boards as the introduction says. Welcome to the choir.

Ajahn Sujato is not easily stopped and there is quite a bit of momentum for his train. As long as he is not expelled or parajika and his ordination was valid, he is considered a monk. He is however on his way to creating an invalid lineage. He said that he was willing to ordain new monks in English with Mahayana monks fulfilling quorum needed for ordination.

However, as Bhante has said, it is best to just focus on the dhamma that matters and perhaps discuss these topics here. Find some interesting questions and post here. 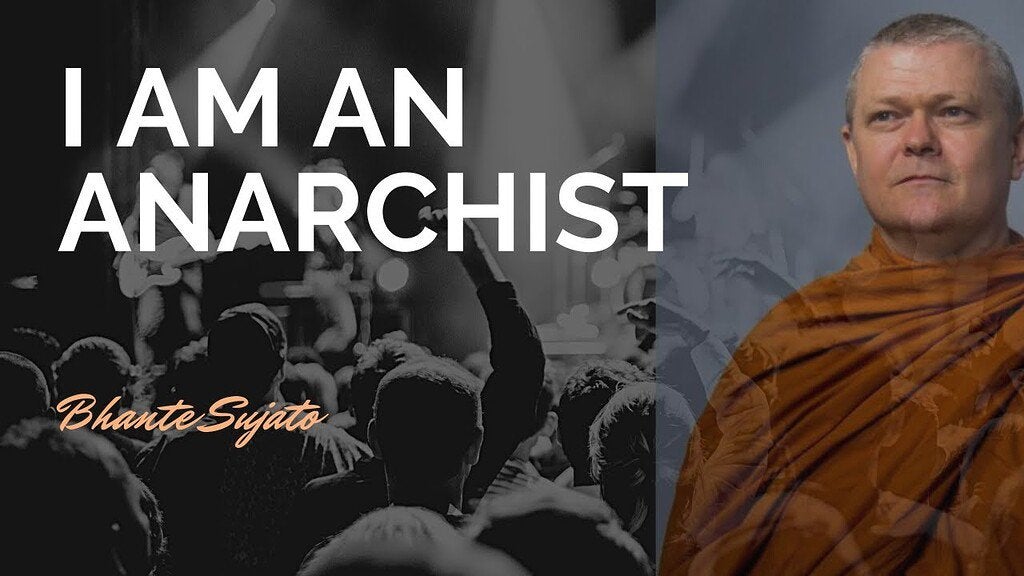 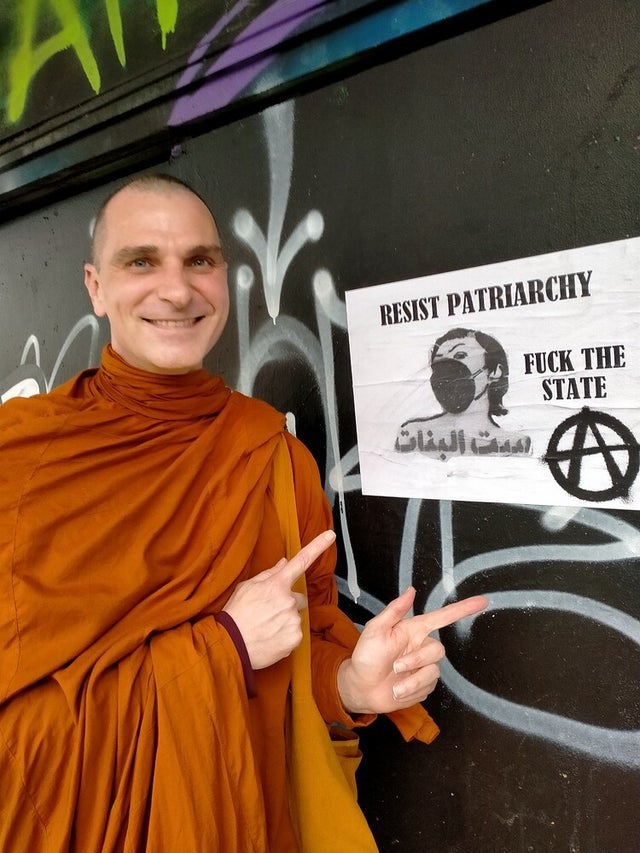 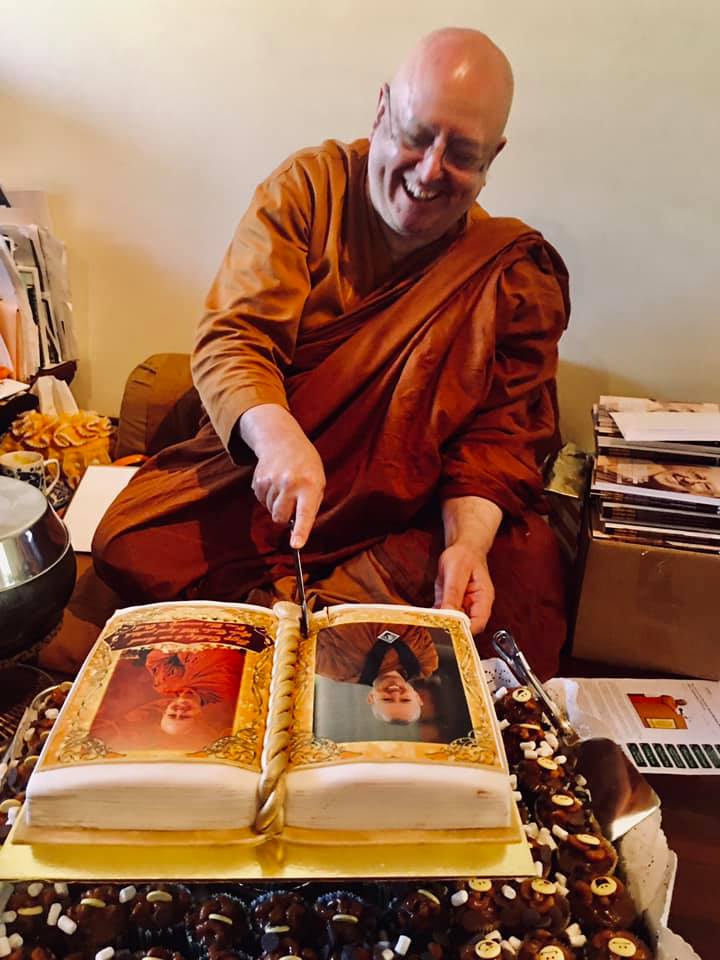 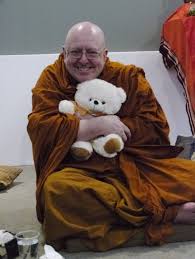 Well, certainly not inspiring for me either. Can’t say further…

And these monks shared a same mindset: tend to dislike the Abhidhamma Pitaka and Atthakatha.

See the above pictures, then we look at the great monk we used to know: 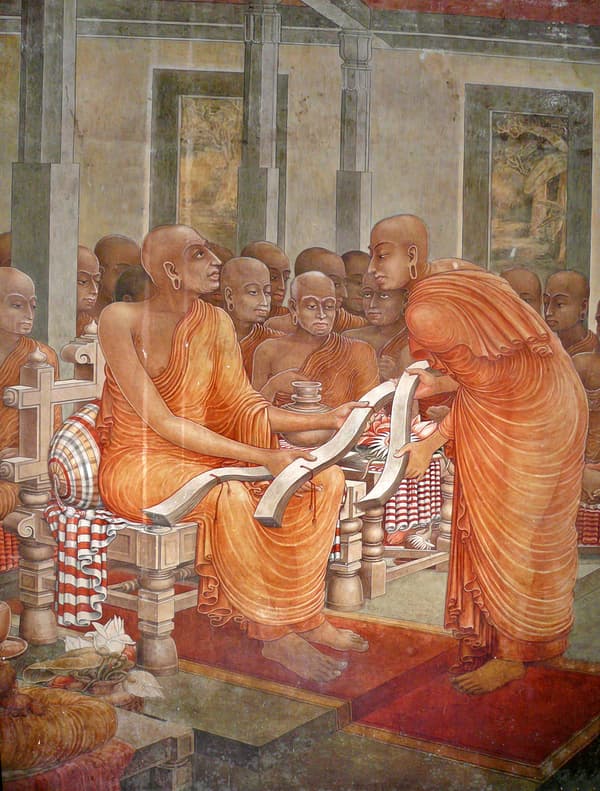 Bhandatacariya Buddhaghosa Thera, despite great learning, humbly paying homage to the great Theras at Mahavihara, and continues to exert effort to protect the Sasana.

More reason for us come back to the root, the real Theravada tradition, to the Pali Tipitaka canon and Atthakatha system.

Surely we are way more fortunate and luckier than their followers. Now we saw their faults, then we should abandon them, let them go and no need to carry on arguments with them (for it is a waste of time). Let us fulfill our mission to accomplish what Buddha taught us as much as we can in this lifetime. 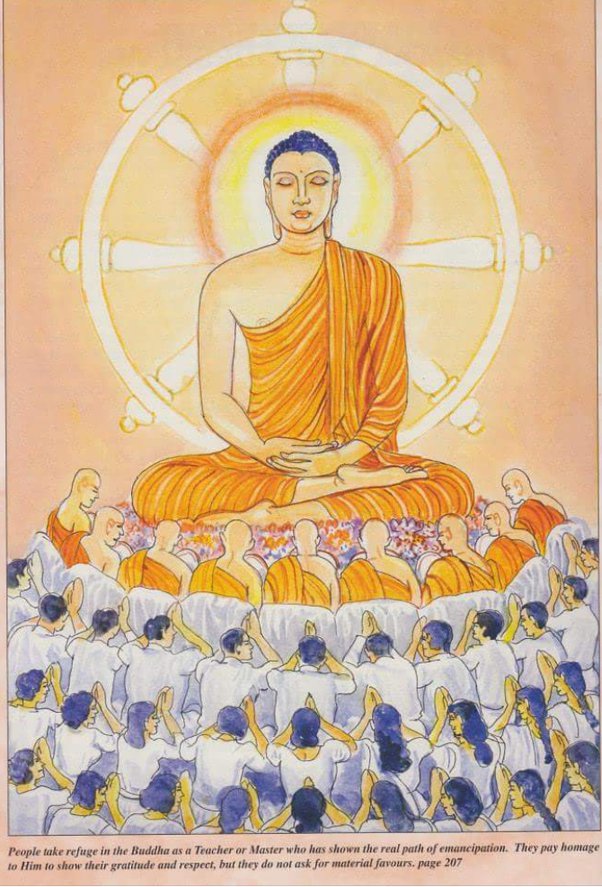 Let all members of this forum be all Sotapannas and further in this very life. May all succeed without impediments

My intention was to get to know you.

May all of us, Venerable Sujato and Akaliko as well, be free soon. Much love to all.

When I think about how The Buddha handled these kinds of situations regarding monks’ actions, he went directly to the source (the monk) so that he, the monk and everyone else could get it straight.

If you really want to know the answer to your questions and have the courage, I would highly recommend reaching out to Sujato directly on Discuss & Discover, either as a Private Message or by posting what you’ve written here in the discussion category on the Sutta Central Discuss and Discover website. I think it would be a very constructive discussion and would clarify many things for many people.

Let us know when this is posted and give a link .

I believe there is a story of a bad monk who people bowed to, and when the bad monk mentioned it to the laypeople said they were bowing to the sangha, not to him personally.

That said, he is technically a monk and has not broken any parijika offenses to my knowledge, so he deserves veneration simply due to virtue of being part of the triple gem like in the story above, even if you dont personally think he deserves it as a person.

I agree he has quite a few beliefs and crazy activist tendencies that many people would find uncomfortable to venerate, and the guy is basically a token hyper-intolerant social justice warrior liberal (i dont even totally disagree with a lot of his political views, just that he is so intolerant/self-righteous about it). He is also basically the head of the heresy of the modern EBT movement that literally just throws out 70%+ of the Buddhist texts and calls it fake superstition those stupid ancient asian people made up. On top of being sickeningly intolerant of anything that deviates from his world or religious POV.

However, he did create suttacentral.com which is currently the best resource available today for reading the texts. So in that regard he deserves some credit and veneration. If you think about him, think of the good hes done with suttacentral (the site not the forum), and the fact that he is part of the triple gem, which is so supreme and worthy of veneration it will outweigh any individual bad eggs. Do your best to abstain from looking at the faults of others (and i agree, there are many), look at the positive qualities.

I am surprised that there is a forum where this can be discussed. I have just read this on suttacentral. But surely I would be banned instantly if I just mention it :).

You may add here that he also supports and promotes the right for women to kill the unborn. Even though he is aware of the fact that it is taking life. Maybe, this comes from his “feminist” roots, mentioned above.

He thinks that it is reasonable to be pro-choice. Pro-choice means to support the right for women to kill the unborn.

By the way, who is in the pictures with the cake and with the plush teddy bear? I cannot recognize him…

"State intervention can’t be justified simply on account of something that I (or my community) find morally wrong. Another necessary condition is that the intervention should actually be effective in reducing suffering. And in this regard, I think it is reasonable to be pro-choice, even if you think abortion is unethical as a matter of personal morality.

The social reality is that making abortion illegal does not reduce the number of abortions: it just makes them harder, more dangerous, and more expensive. The best way to reduce the number of abortions is not by criminalizing women’s choices, but through education, contraception, and support for women’s health and autonomy. There are consistently fewer abortions in regions where such sane policies prevail."

" The Vinaya defines abortion as taking life, and monastics are forbidden from recommending it. But this must also be understood in the context of Vinaya. Stealing is likewise forbidden, “even as much as a blade of grass”. The point is that monastic ethics are intended to keep monastics away from even the slightest transgression, and are not meant to provide a template for a legal compulsion."

However, he did create suttacentral.com which is currently the best resource available today for reading the texts.

I might try to add that TPP (Tipitaka Pali Projector) is a better experience because it is offline and also includes the PEU dictionary. However… TPP uses the pali/english data from sutta central.

It is always best to contemplate the good qualities of a person.

Please format your post so that the quotes of Aj. Sujato are formatted as quotes, just like this line… (see the toolbar in your editor)

One does need to be careful about activism. Merely praising abortions (killing/death) in any way, which leads to women listening to him and committing such actions, can lead to Pārājika. When there is a thin line such as “talking praise” about death… it is very easy to cross.

However, they are quite isolated and evolving into their own nonsectarian “sect” of Buddhism. I’m not sure that this has changed since 2008, the Aj. Brahm monks (same) are not allowed in kammavaca events for the Ajahn Chah traditions but they are allowed to visit.

This group is made for those who are fed up with SuttaCentral Discourse and Dhammawheel and has dogmatic written into this group’s description. (load up a private browser for this group and see). I’m personally banned for 120 yeas from suttacentral after posting Ajahn Brahm’s Dark Jhana. Ironically… suttacentral’s version overshadows my original with Google searches.

By the way, who is in the pictures with the cake and with the plush teddy bear? I cannot recognize him…

The social reality is that making abortion illegal does not reduce the number of abortions: it just makes them harder, more dangerous, and more expensive. The best way to reduce the number of abortions is not by criminalizing women’s choices, but through education, contraception, and support for women’s health and autonomy. There are consistently fewer abortions in regions where such sane policies prevail."

Personally i dont think this is totally that wrong. Except for the part about making it illegal does not reduce abortion, of course it does, exactly because it makes it more difficult. This is just nonsense political confirmation bias denialism. But when he says it makes them more dangerous and there are other ways to reduce abortion, this is actually quite valid. In the Kutadanta sutta and the Cakkavatti sutta the Buddha makes the case that the best way to reduce crime is to reduce poverty. In the netherlands (i think) they significantly reduced abortion rates by thru education and birth control, without even making it illegal. So this is a fair point.

Of course, just because you can reduce crime or abortion in other ways doesnt mean it shouldnt be illegal. Crime being reduced along with poverty does not mean reduce poverty and make crime legal. And ajahn sujato, completely in character, is overstepping what would be considered decent behavior of a monastic to advocate a particular legal rule, especially one that involves the killing of a human being. But again, as practitioners we should focus on positive qualities, while acknowledging but not fixating on the bad behaviors.

If they made a law against killing chickens I would say “sadhu.”. Why not? I would not advocate that the law was stupid or does nothing.

Disclaimer:
(I do eat meat and you can see my complex view on this at my website if you search for vegetarian on it.)

A post was split to a new topic: ‘a person of no integrity"

Hi
I have closed this topic. Clearly Sujato is a Theravada Bhikkhu - albeit with some unorthodox views.
I think it is better to discuss such matters without becoming too personal
thanks
Robert