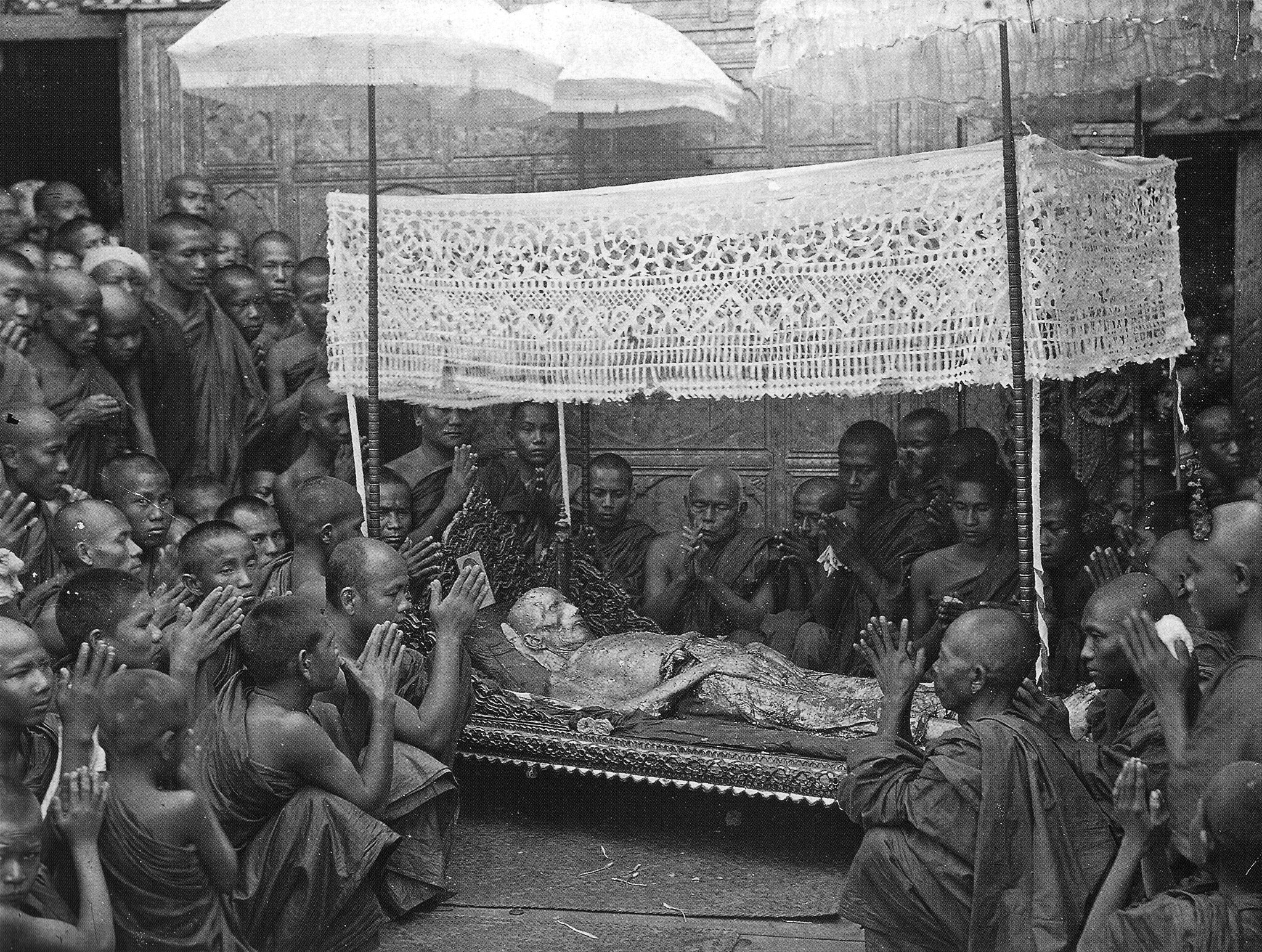 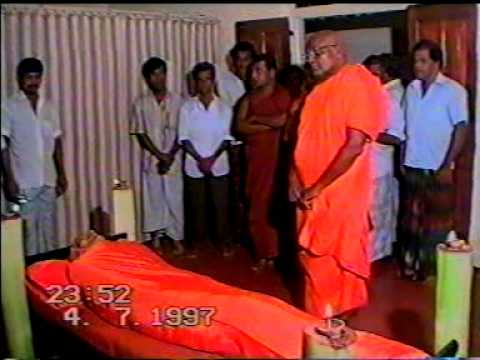 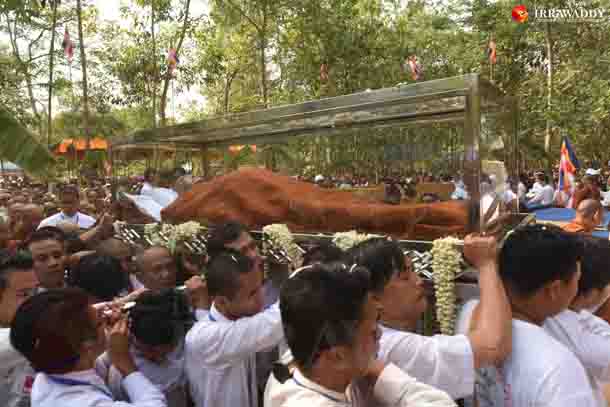 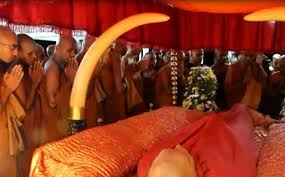 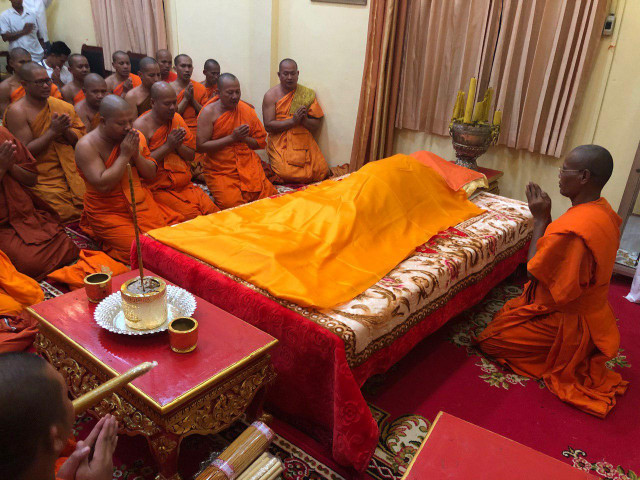 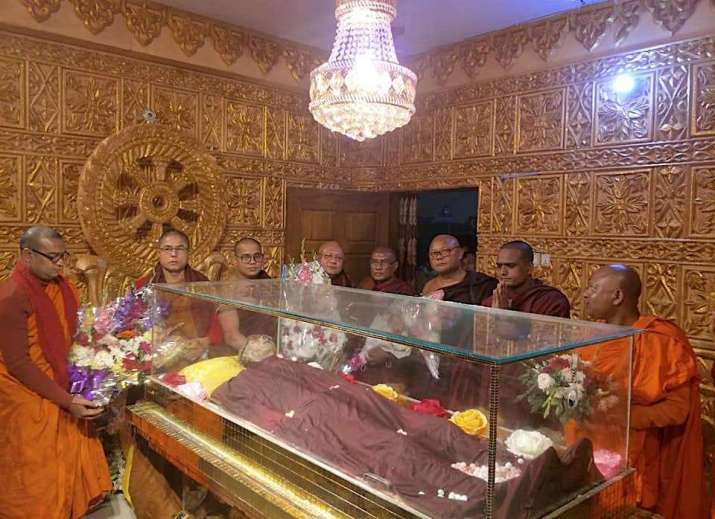 Then the Gracious One addressed the monks, saying: “Come now, monks, for I tell you all conditioned things are subject to decay, strive on with heedfulness!” These were the last words of the Realised One. 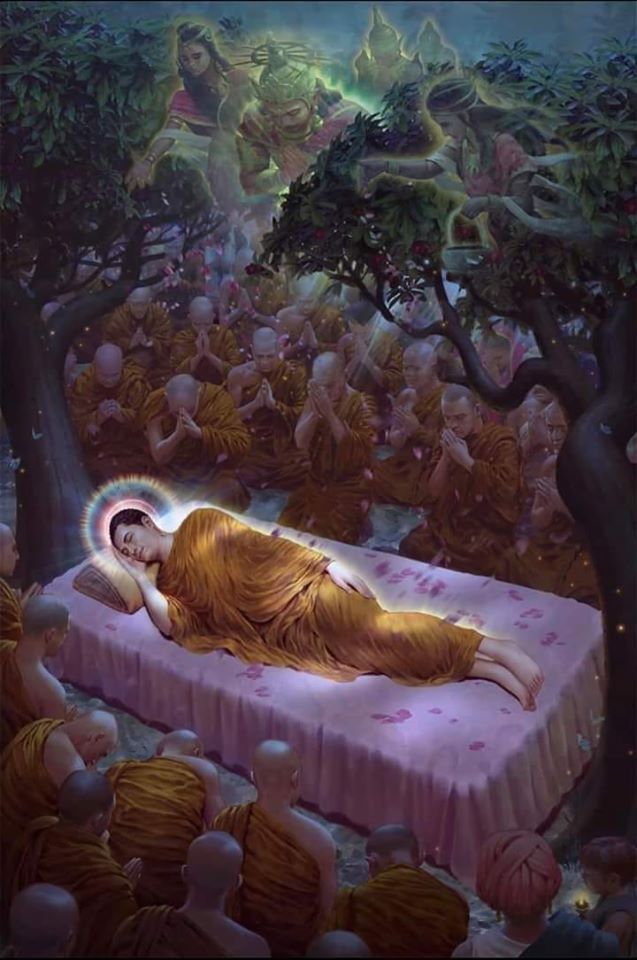 When the Gracious One attained Final Emancipation along with the Emancipation, Brahmā Sahampati spoke this verse:

“All beings in the world will surely lay aside the body,
In the same way the Teacher, Such-like, unmatched in the world,

the Realised One, attained to the ten strengths, the Sambuddha,
has attained Final Emancipation.”

When the Gracious One attained Final Emancipation along with the Emancipation, Sakka, the Lord of the Divinities, spoke this verse:

“Impermanent, indeed, are all processes, arisen they have the nature to decay,
After arising they come to cessation, the stilling of them is blissful.”

When the Gracious One attained Final Emancipation along with the Emancipation, venerable Anuruddha spoke these verses:

“There is no more breathing for that Such-like one of steady mind,
Freed from lust, the Sage who has died, has entered the peace of Nibbāna.

With an unshaken heart, he endured the painful feelings,
Like a flame when it goes out so his mind was liberated in Nibbāna.”

When the Gracious One attained Final Emancipation along with the Emancipation, venerable Ānanda spoke this verse:

When the Gracious One attained Final Emancipation those monks there who were not free from passion, throwing up their arms, falling down as though cut down, rolling backwards and forwards as though with their feet cut off, were crying:

But those monks who were free from passion, mindfully, with full awareness, endured, thinking:

“Impermanent are all processes, how can it be otherwise?”

One whoever saw images of corpses and skeletons can contemplate asubha kammathana, according to The-inn-gu Sayadaw, who explained in a Dhamma lecture to a Buddhist assembly. In Myanmar, such lectures to Buddhist assemblies are very common.

One must see one’s own body as a corpse based on the images of the corpses one saw before. By seeing that way again and again, one contemplates on asubha kammathana. That way one would understand the nature of anicca, dukkha and anatta and let go of Sakkaya Ditthi.

I think contemplating on the bones is quite easy.

The-inn-gu Sayadaw explaned, in that same Dhamma lecture, about his experience while he was meditating in a cemetery:
There was a saying that an aggressive ghost carrying its casket would charge any monk meditating in cemetery. So The-inn-gu Sayadaw was also expecting to see such a ghost himself. And soon there was a female ghost coming with its casket on its shoulder.
The-inn-gu Sayadaw was curious about the ghost, whether it was real or created by his mind. So he commanded the ghost to stop and it stopped, to come and it came. And soon he realized that ghost was mind-made. So he commanded it to come closer and drop the casket, and to open it and it opened the casket. Inside was a corpse. The-inn-gu Sayadaw made the corpse as asubha kammathanna and contemplated/meditated on it.

I think contemplating on the bones is quite easy.

Can you see your bones… or just think of them?
If you can “see” your bones, you should try to contemplate bones as a skeleton contemplation. You can and should also move forward to the white kasiṇa too.
If you are successful, drop everything and ordain at pa-auk.

Bhante, I can feel the skeleton because it is within the five aggregates that I call as me. I can’t see the bones directly, but can only feel which bone is which.
That allows me to see bones in others too. I guess it reduces sakkaya ditthi a little. 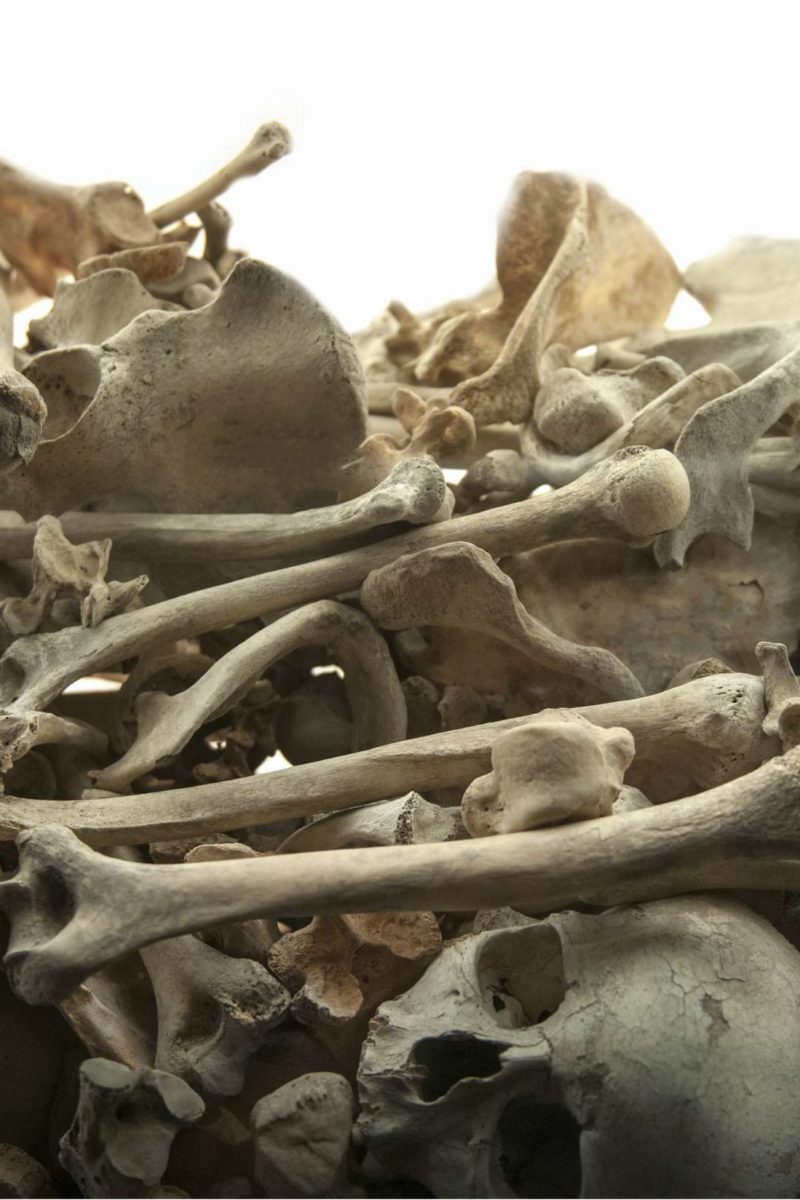 While these pictures are fine. Please be warned that some monks look at quite a lot of graphic photos and call it asubha. With the internet these days there are endless photos and I generally call it unwholesome. One monk at nauyana was addicted to these photos and could not stop. He was also banned from BPS who were kind enough to let monks use the internet for free back when it was special.

If he was addicted then it was not generating asubha. Even worse… Desireing the unbeatiful.
(Not sure of the current status…this was maybe 10 years ago).

I would not want these photos come to my mind at the time of death.

Yes the suttas mention torture too, but that does not mean you want to go visit Guantanamo Bay

In terms of wholesomeness, general contemplation is enough. An autopsy is also intereing and can be interesting for 32 parts but just a few times in one’s life is fine.

Agree. Rather than on photo, one should see the photo/image to contemplate on own body that this very body the five aggregates will have the same appearance of these bones, soon.
That would make us ‘a little sober’ while being drunk on beauty…