Cittaja-rupas are major contributors for Self view to arise

This is a short translation of a small part of a Sinhala Abhidhamma lesson that Venerable Maggavihari gave.
The topic was Cittaja -rupa (mind-born rupas) and there he said Cittaja -rupa are the main cause for one of the Self views to arise. And there are different types of self-views, this is one of them, he explained.

There are 2 ways that the mind affects the body.

In the same way there are 2 ways that the Kamma affects the body.

Some acariyas have used the “nature of the cittaja-rupas” even as a measure to evaluate whether a mind is kusala or akusala.

There is another fact that is very important about Cittaja-rupas.
Cittaja-rupas are the main factor that contribute to the arising of “Doer-view (karaka-ditthi)” in beings.
There are several types of “Vasavattana (hegemony)” mentioned in Theravada. One of them is the view of “I keep my postures under my authority” and that is what I’m here talking about.

When I was on a pilgrimage in India, one of the Indians asked me what the Buddhism mainly says. Then I replyied that Buddhism teaches Anicca-dukkha-anatta. Then he said it is impossible this Anatta to be he natue of the world. I asked why? "If I want to raise my hand then I can raise, if I want I put down, it is under the hegemony of myself, so it is Atta, how do you say it is anatta, there is a self. ", he said.

I’m waiting to learn other types of Vasavattanas as well.

The next part reveals some information about Jhana-angas.

Cittajarupas are born not only by Citta. They are born by whole Cittuppada (Cita + Cetasika combination). The main part of a Cittuppada is always the Citta. That is why Citta is considered the generator of Cittajarupas.

The cittas which get the support of the Jhana-angas, have a higher capability of Grasping the object.

2.Jhapana(burning up): Burning up the opposite dhammas

Out of the main topic, my attention caught the fact that Sukha burns up Uddhacca. So restlessness seem to be arisen due to Non-comfort.

yes… cittaja rupa are indeed responsible for movement. And kalapa don’t move. There is not time to move. I think I say in my abhidhamma book (somewhere) that just as computer monitor pixels don’t move, the same is true with the 3D pixels (kalapa) of our material world.

It is mind boggling to think in this way, but we should. When I walk and have mindfulness to do so, I contemplate myself similar to this (remote) picture (but monk and male). I’m glad I could find the picture. I’ve remembered it for years. @hannibal perhaps this can be an abhidhamma meditation contemplation for you? 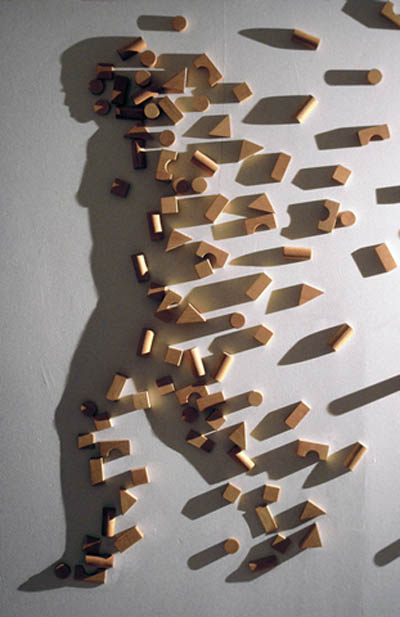 Last part were about Arupa loka.

The reason for why Arupavacara-vipaka-cittas can’t generate Cittajarupas, is mentioned in Atthakata as “since there is no rupa”. This fact is explained by Ledi Sayadaw as “there must be an already existing rupa-stream (kammaja-rupa-santati), in order Cittajarupas to be arisen, otherwise they are not arisen.”

It seems some knowledge of Abhidhammatthasangaha (citta-types, cetasikas etc) is needed to clarify many things about the process of the world.