I am always interested in natural selection and how we are hard-wired for certain behaviors. I first took real notice when I saw Carl Saigon talk about this samurai crabs.

In Sri Lanka, it is good luck for someone to become a monk in the family and bad luck if the monk disrobes. The family often rejects the ex-monk too. I know one monk who committed suicide out of false pārājika (doubt) probably because of that. I know another monk who disrobed and his parents rejected him (not sure about today). The donor of my website url “americanmonk” is a disrobed monk. His father told him in advance that he was welcome to come back to the family any time (which is very rare). 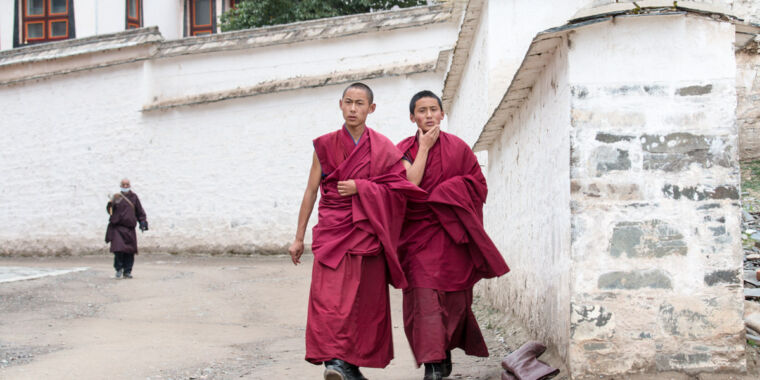 Celibacy has surprising evolutionary advantages, according to new research

A study on the consequences of becoming a monk related to evolutionary fitness.

Even in the Ayurveda, The Caraka Samhita that was prepared by the ancient rishi Caraka (the main medicine book in ayurveda I think) says something like below as I remember.

The benefit is not for the monk but for the relatives, which is rather obvious, less competition means more resource available.

We found that men with a brother who was a monk were wealthier, owning more yaks. But there was little or no benefit for sisters of monks. That’s likely because brothers are in competition over parental resources, land, and livestock. As monks cannot own property, by sending one of their sons to the monastery, parents put an end to this fraternal conflict. Firstborn sons generally inherit the parental household, whereas monks are usually second or later-born sons.

Surprisingly, we also found that men with a monk brother had more children than men with non-celibate brothers; and their wives tended to have children at an earlier age. Grandparents with a monk son also had more grandchildren, as their non-celibate sons faced less or no competition with their brothers. The practice of sending a son to the monastery, far from being costly to a parent, is therefore in line with a parent’s reproductive interests.

From a buddhist perspective, having a family member that become a monk means more opportunity to perform dana which will increase the possibility to be reborn in a good realm.