Buddhavaṃsa: a necessity to know the Buddha's origin since the beginning of the Sāsana

The main canonical text which explains how the Buddha started to wish to become Buddha in his past lives and worked towards it, is given in Buddhavaṃsa pāḷi with its commentaries.

It is said this sutta was given by the Buddha following a question of the Venerable Sāriputta. It was at Kapilavatthu, and at this time the Buddha performed the twin miracle to reduce the conceit of his proud Sakyan family members who refused to pay respect, and arouses faith and respect in the crowd, it also followed an ancestral tradition of all the Buddhas (in the same way they performed the twin miracle before to expose Abhidhamma in Tāvatimsa).

It seems accepted among the EBT views that the Buddha never mentioned how he attained Sammāsambuddhahood by past life’s practice.

Among their argument, in the old Buddhism the concern was to attain arahantship by practicing the Noble eightfold path, without interest for the “details” around the doctrine.

But here I want to point out how theses views are absolutely unreasonable. How it could be that during 45 years, no one, no one among the many bhikkhus bhikkunis upāsaka, upāsika, many Brahma and devas would not ask or not even know it? Since faith in the Buddha’ s enligthment is the root of the sāsana, of all merits from the most fundamental dāna up to the attainment of Arahantship?
How it could be that no one would ask: " Bhante how did you become Buddha? How one becomes paccekabuddha? Why there are AggaSāvaka Mahāsāvaka? What they did in the past? "

The four Nikāyyist then say " it is not necessary to know it to practice".
I want to say no, this is wrong view.
You need to have strong faith in the Buddha and in kamma, in past and future life to take three refuges and follow the 5 precepts, or to ordain.
And among the many beings of various inclinations and faculties, how the Buddha would not find someone who could benefit from a discourse where the Buddha would explain it?
How he could reject this question saying " the Thatāgatha does not explain it"… Impossible.

Then concerning the miracles… Well, the Tipiṭaka are full of it… There are even vinaya rules following an Arahant who disclosed iddhi in improper ways …

And the whole knowing knowledge of the Buddha, he explained it in a sutta in majjhima Nikāya, answering the questions of a king…(of kosala if I’m correct).

This Buddhavaṃsa gives great light and necessary explanations about Buddhahood and many other topics. It has no contradiction and has been transmitted since the first, second and third Sangīti and accepted as Buddhavacana.

Agreed, you dont need to know how a computer works to use your computer. But that doesnt mean all the instruction manuals on computers are fake texts. Also, you do sorta need to know how it works in case something ever goes wrong, or you will be prone to doing things that will shorten your computers life span or endanger it with viruses. Knowing how it works can only be of benefit.

And even if you’re lucky enough where that isnt an issue. Somebody needs to know how a computer works so that future people can get them.

In the same way, even if you dont find the Buddhavamsa useful it doesnt automatically mean its fake. Most people in the Buddha’s time did not need to study every corner of the Dhamma to enlighten, they only needed a portion and they were not arrogant enough to call the other Dhamma they didnt themselves need “fake”.

It is necessary to know how the Buddha came to be because some people find it necessary as a matter of faith (although others admittedly may not care about the details). and if you want Buddhas to appear in the future for the benefit of all beings, people have to know how they have come to arise in the first place.

I have not read it, but the first 2 books of Great Chronicles of The Buddha by Mingun Sayadaw were an amazing read. I totally recommend it. I often tell those who want to be a Bodhisatta to read those books before they sign the contract aka bodhisatva vow.

Sure,
If anyone has the wish of enjoying the taste of infinite knowledge of a Buddha…then he will reflect if he wants to endure excruciating pain during uncountable eons? These books may help you to choose if you are candidate… It may also push you back to wish to attain magga phala as soon as possible.

In a more basic way… If anyone likes Buddhānussati, and likes devotional way of practice, this book is suitable.

To write the beginning of his wonderful book Mingun Sayaday took mainly from the Buddhavaṃsa and it’s commentaries (but also in Cariyāpiṭaka commentary). The Pāḷi texts sources have been translated.
Both English translations are available: Buddhavaṃsa and Cariyāpiṭaka (by Horner I think)
and even the atthakathā of it, the “madhuratthavilāsini” " the clarification of the sweet meaning" both available and freely downloadable in English.

If you can send me epubs privately, I can put these in epub english section of TPP.
I’m itching to do a new release with the abhidhamma pitaka (added already) and I’m awaiting permission from bps to include the ven bodhi short commentaries and vsm . All have been added already. Plus vimuttimagga by pts.

Where can we find the english translation of the original Buddhavamsapali?

I read “The Great Chronicles” before, it is a good book indeed…but I wish to read the original text. Reading the stories of Buddha sometimes gives me watery eyes. Can it be “Piti”? Haha 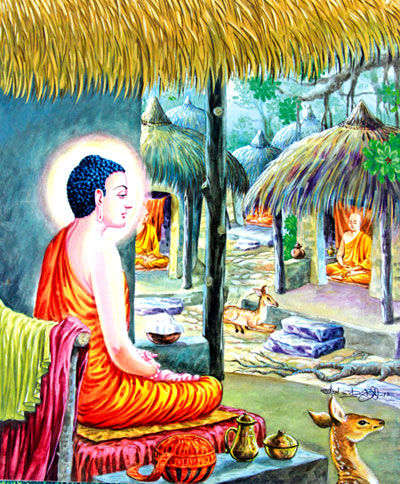 Here is a link to the Madhuratthavilasini , the Commentary to the Buddhavamsa (PTS) .
I am not sure if it is one of the PTS books they allow for reading online though. If I find out is is not I will remove the link here.

sādhu sādhu sādhu Sure it is mixed with pīti​:slightly_smiling_face: please send to me your watsap number… I will share both pdf books with you i have on my device

Great Chronicles of The Buddha by Mingun Sayadaw

The Great Chronicle of Buddhas

Also known as the Mahabuddhavamsa, this book is a large compilation of stories involving the Buddha, formar Buddhas, Buddhist disciples, and former li...