Dear friends,
this post will probably need a lot of editing, but the note is sitting on my Desktop and I feel it’s better if I publish it as is than keep it in secret. So, please, excuse the imperfections and the hilarious incompleteness of this post.

Buddha’s Life - Thai production animated film about the life of the Buddha: The Differences between the Film and the Pāḷi Tipiṭaka Scriptures

There are many movies and documentaries about the Buddha’s life, but one in particular made me very happy. It is made by Thais, dubbed into English, and you can watch it for free in YouTube - 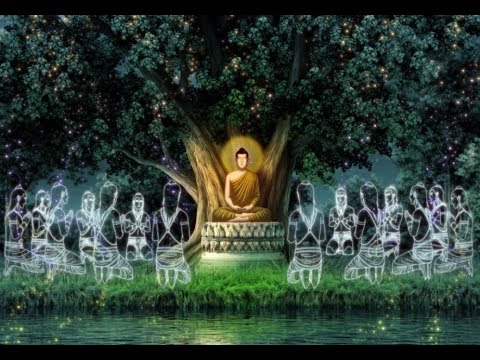 It takes around 5 hours and the animation tries to be as realistic as possible.

Now as much as it tries to be perfect in accordance with the Pāḷi Commentaries, there are quite a few things that I spotted there not exactly right. Many of the things there I personally don’t know, so some of the points in my list may be wrong.

It would be great if an admin or a moderator can make this post into a publicly editable version, so that you all can contribute to my efforts. The aim is to provide a list of the things that are not accurate in the movie and thus later, if anyone watches the movie and wants to know accurately what is in the scriptures, they can use this list as a reference for correction of the details. The beginning part of the list may need exact minutes and seconds - please, watch the movie, enjoy nice graphics and help increase the movie’s accuracy by editing this list.

Anything ambiguous that could be interpreted as correct somehow, is not mentioned here.

May you all be happy and healthy,
Ashin Saraṇa

My children enjoyed it!
Thanks for pointing out all the errors, venerable. Overall at least the producers tried to follow the texts.

Sadhu for your efforts. I’ll see if I can watch it.
If anyone has corrections to make… just add them and either Robert or myself can add them. But Robert is the English expert