There is a popular here say, emerged from the Later Burmese Biographical Text Buddhaghosuppatti ( perhaps as early as the 15th century) that Buddhaghosa Thera burnt ancient Sihala Atthakathas after he translated them into Pali.

Evidences supporting the fact that Buddhaghosa Thera did not burn the Ancient Sinhala commentaries.

The Dhampiyā-aṭuvāgāṭäpadaya , a work dated in the tenth century A. C., contains quotations from these commentaries in the original Sinhalese (pp. 136, 148, 149). In the Sahassavatthuppakaraṇa, a work assigned to a period before the eleventh century A. C., the author says in the introduction that he is following the method of the Sīhalaṭṭhakathā. There is evidence that the Sinhalese commentaries were available also to the author of the Vaṃsatthappakāsinī which has been dated by Malalasekera in the eighth century or ninth century A. C. (Mhv-a Intr. p. cix) and by Geiger between 1000 and 1250 A.C. (Dīpavaṃsa and Mahāvaṃsa 34). The author of the Vaṃsatthappakāsinī has quoted from the Sīhalaṭṭhakathā , Sīhalaṭṭhakathāmahāvaṃsa and Aṭṭhakathā, Uttaravihāra-aṭṭhakathā, Uttaravihāramahāvaṃsa, Porāṇaṭṭhakathā, Vinayaṭṭhakathā, Mahāvaṃsaṭṭhakathā and Dīpavaṃsaṭṭhakathā . These were all commentaries in Sinhalese. Vinayaṭṭhakathā, too, may be taken as referring to the Sinhalese commentary on the Vinaya, as the Samantapāsādikā has been separately quoted. The Pālimuttaka-Vinayavinicchaya-Saṅgaha dated in the twelfth century A.C. contains quotations from the Mahā-aṭṭhakathā, the Mahāpaccari and the Kurundī (pp. 2, 4, Sinhalese edition, B. E. 2450). The Sārasaṅgaha which was probably written in the thirteenth century refers to a statement found in the Vinayaṭṭhakathā (p. 32, Sinhalese edition, 1898) which cannot be traced in the Samantapāsādikā. This would indicate that the statement was taken from the Sinhalese Vinayaṭṭhakathā , unless it was contained in the Samantapāsādikā of the author’s time.

The Buddhaghosuppatti, a later biographical text, is generally regarded by Western scholars as being legend rather than history. It adds to the Mahavamsa tale certain details, such as the identity of Buddhaghosa’s parents and his village, as well as several dramatic episodes, such as the conversion of Buddhaghosa’s father and Buddhaghosa’s role in deciding a legal case. It also explains the eventual loss of the Sinhala originals that Buddhaghosa worked from in creating his Pali commentaries by claiming that Buddhaghosa collected and burnt the original manuscripts once his work was completed.

The “popular novel” called Buddhaghosuppatti, which was composed in Burma by an elder called Mahámaògala, perhaps as early as the 15th century, is less dependable.
It has already been remarked that the general opinion of European scholars is that where this imaginative tale differs from, or adds to, the Mahávaísa’s account it is in legend rather than history.

The old commentaries in Sinhalese no longer exist. They seem to have gradually fallen into disuse after Buddhaghosa. There might be some traces of them; I believe the Vinaya commentary in Chinese known as Sudassanavinayavibhasa may have been translated into Chinese from old Sinhala. But in general it seems that Buddhaghosa did as he said: he translated the Sinhala faithfully into Pali—bearing in mind that ancient Sinhala and Pali were closely related anyway—and when that was done the Sangha generally had no need to retain the Sinhalese texts.

I was trying to find the source of this (that he burned the scriptures). It is not stated in Culavamsa (which contains the main account of Buddhaghosa’s life). Encyclopedia of Buddhism (Malalasekera ed.) says that it is stayed in the text called Buddhaghosuppatti. It’s not clear when was it written, but probably somewhere between 13th and 16th centuries. That is what DPPN says about it:

DPPN wrote: Buddhaghosuppatti A very late account of the life of Buddhaghosa; it is more a romance than a historical chronicle. For an account of this see Law, Pāli Lit. 558 f. The work has been translated and edited by Gray (London).
Encyclopedia of Buddhism also points out that Buddhaghosuppatti mistakenly states that Buddhaghosa went to Sri Lanka to translate tipitaka itself, which is obviously wrong (it was the commentaries what he translated). So the text is not very reliable.

In any case, Buddhaghosuppatti indeed says that Buddhaghosa set on fire Sinhalese books, but doesn’t give the reason for, simply mentions that the heap of books was as high as seven elephants of middle size.

Also, according to Culavamsa, the teacher of Buddhaghosa (Revata) when sending him to Sri Lanka said that the commentaries in Sinhalese language are faultless, so why would Buddhaghosa burn them if he heard this from his teacher?

The best thing to do would be to find a quote, and put it in Wikipedia yourself. Furthermore, separate the title headings with, The historical texts say this (list’em), the Western scholars say this, which might be done already. Wikipedia is a terrible source for Dhamma and dominated by EBT and it mixes Sanskrit too. A while back, there was a push to have a separate Theravada Buddhist section. It might still exist but probably lost due to the EBT dominance in the English language. If you want a good citation laugh written by nuns, look up Wikpedias garudhammas.

The original texts were probably written on palm leaves and are not that durable. I visited the Sri Lankan pagoda where the 4th council Tipitaka is stored and saw how palm leaves were made. The writing is faded from the original. It was kept in a plastic bag dated from 2019. There are missing texts even today. Ven @AriyadassanaBhikkhu has hinted that he wanted to try to have the vault opened. 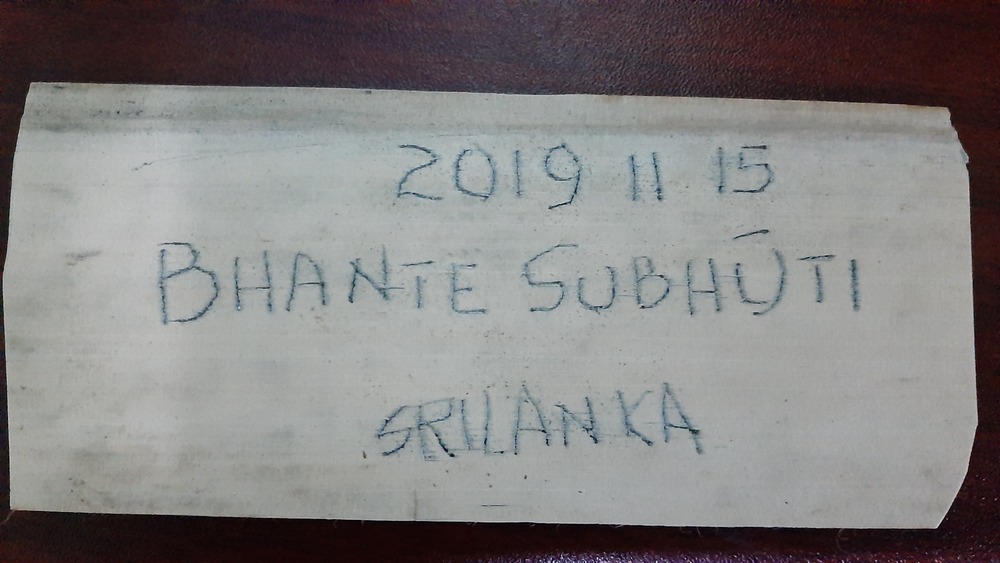 In my first few years at Pa-Auk, in the old “black” kutis which were painted in old engine oil, I did get unknown termite damage that revealed itself after a year or so at not looking at books. They loved my Dhamma with tunnels burrowed throughout the book.

The legend spoken by Ven. Pa-Auk Sayadawgyi (and probably in proper books) was that Pāḷi the texts were brought over to Sri Lanka and then quickly translated to Sinhala. After some time, (think about my termites after only one year), the original Pāḷi commentaries were lost. If you don’t use it, you lose it, applies to books too. This story is probably in the commentaries or sinhala mahavamsa but Westerners don’t believe in the commentaries.

If books can degrade in one year, what more can we say about palm leaves which would probably naturally degrade without termites? The problem is people spend their entire lives in the West and speculate about what happened and then we add a factor of time. However, I’m just speculating myself and offering some insight to what happens to books kept in the forest. I’m certainly not well read on the subject. 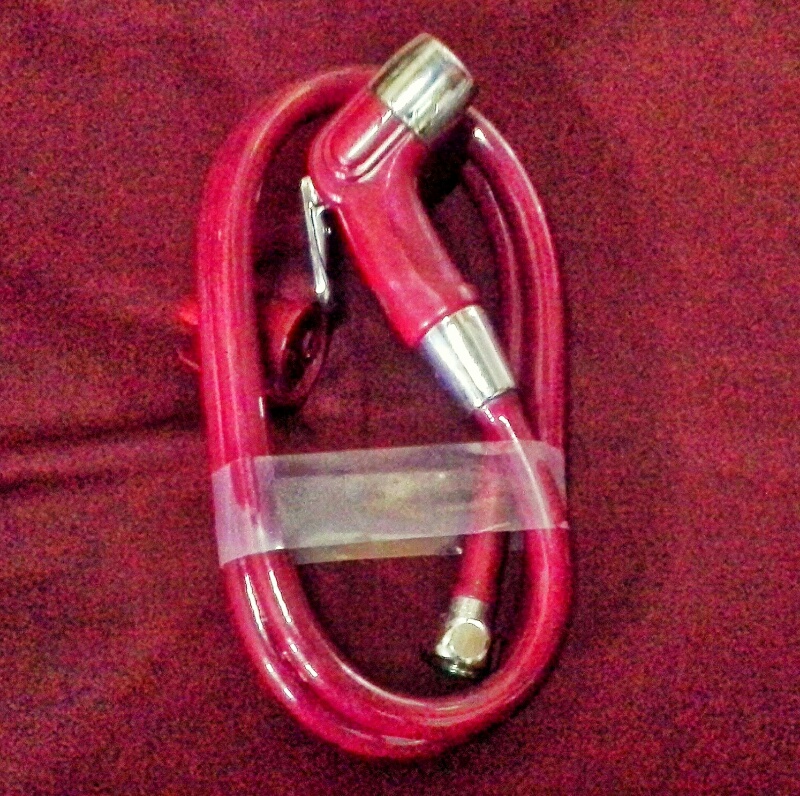 Only In The West, Only In Asia

Most Westerners do not like the ancient commentaries or the Abhidhamma. Here is a story.

Kalupahana, David J. (1994), A history of Buddhist philosophy
Just as the Theravāda monks were cautious in welcoming Buddhaghosa, so Buddhaghosa was careful in introducing any new ideas into the Mahāvihāra tradition in a way that was too obvious. There seems to be no doubt that the Visuddhimagga and the commentaries are a testimony to the abilities of a great harmonizer who blended old and new ideas without arousing suspicion in the minds of those who were scrutinizing his work.

We are “lucky” that these moderns like Kalupahana are able to detect these 'new ideas". Those ancient Bhikkus were so gullible he thinks . And imagine, Buddhaghosa’s Commentaries were so valued as to be kept as part of Theravada all these millenia.