Dighanaka: Richard Gombrich has shown beyond any reasonable doubt that the Sutta is a lively and ingenious parody , Buddhaghosa, unfortunately, saw neither the joke nor the allegory of the Aganna Sutta, took the whole thing literally, and left the Theravada tradition saddled with a creation story so laughable it makes the creationism of Christian fundamentalists seem like sound science.

Robert: Certainly an Oxford don like Richard Gombrich has impeccable academic credentials with numerous peer-reviewed publications in his field of pali studies. Nevertheless, there are other academics, well-versed in pali, and published in peer-reviewed journals who reach different conclusions from the esteemed professor.

""According to Gombrich the first half of the discourse introduces the problem of the relative status of brahmanas and suddas; this question is then dealt with in a tongue-in-cheek satirical manner by the Aganna myth. Gombrich regards the overall form of the Agganna- sutta as we have it as attributable to the Buddha himself and thus original. But for Gombrich the text is “primarily satirical and parodistic in intent,” although in time the jokes were lost on its readers and the myth came to be misunderstood by Buddhist tradition “as being a more or less straight-faced account of how the universe, and in particular society, originated.”

…Gombrich’s arguments for the essential unity of the Agganna text as we have it are extremely persuasive, yet I would DISAGREE with the implication that we should regard the mythic portions of the Agganna-sutta as solely satirical. It…seems to me UNLIKELY that, for the original compiler (s) of and listeners to the discourse, the mythic portion of the sutta could have been intended to be understood or actually understood in its entirety as a joke at the expense of the poor old brahanas. . The question I would therefore ask is, Do we have any particular historical reasons for supposing that it is unlikely that the Buddha should have recounted a more or less straight-faced cosmogonic myth?

My answer is that we do not. Indeed, I want to ARGUE THE OPPOSITE: what we can know of the cultural milieu in which the Buddha operated and in which the first Buddhist texts were composed suggests that someone such as the Buddha might very well have presented the kind of myth contained in the Agganna-sutta as something more than merely a piece of satire. Far from being out of key with what we can understand of early Buddhist thought from the rest of the Nikayas, the cosmogonic views offered by the Agganna-sutta in fact harmonize extremely well with it. I would go further and say that something along the lines of what is contained in the Agganna myth is actually REQUIRED by the logic of what is generally accepted as Nikaya Buddhism.

Note that Dr. Gethin is no strong believer in the sutta (in fact, he considers it a myth); he is not labouring under the weight of piety towards the Theravada like me. Yet, despite Gombrich showing ‘beyond any reasonable doubt’(according to you) that the sutta is a parody Gethin reaches an opposite conclusion.

Who is right? Well, another leading academic, Steve Collins, has said he agrees with Gombrich, so perhaps the ‘Aganna sutta is a hilarious joke’ theory is now winning the academic battle… Then again there is the thesis put forward by Schneider and Meisig that the Aganna sutta had some input from the Buddha but that later monks added on the bulk of the cosmological pieces; so is that the actual truth? Or will another scholar weigh in and support Gethin, or will a completely different theory emerge oneday?

Buddhaghosa, unfortunately, saw neither the joke nor the allegory of the Aganna Sutta

Actually the joke (that I have heard) is the below.

What some of the people who blame the doctrine is actually doing is, praising the doctrine.
The Blessed One has mentioned it in the Suttas as well.

See the below quotes from the unfaithful scholars.

Gombrich regards the overall form of the Agganna- sutta as we have it as attributable to the Buddha himself and thus original. But for Gombrich the text is “primarily satirical and parodistic in intent,”

He unknowingly establishes the Authenticity of the sutta while trying to defame it.

Rupert Gethin:
I would go further and say that something along the lines of what is contained in the Agganna myth is actually REQUIRED by the logic of what is generally accepted as Nikaya Buddhism.

He unknowingly establishes the validity of the logic of the sutta.

They just unknowingly help us to develop faith.

See what the Blessed One has said about such blames.

Lion’s Roar (Mahāsīhanādasutta)
Now at that time Sunakkhatta the Licchavi had recently left this teaching and training. He was telling a crowd in Vesālī:

“The ascetic Gotama has no superhuman distinction in knowledge and vision worthy of the noble ones. He teaches what he’s worked out by logic, following a line of inquiry, expressing his own perspective. And his teaching leads those who practice it to the complete ending of suffering, the goal for which it’s taught.”

Then Venerable Sāriputta robed up in the morning and, taking his bowl and robe, entered Vesālī for alms. He heard what Sunakkhatta was saying.

Then he wandered for alms in Vesālī. After the meal, on his return from almsround, he went to the Buddha, bowed, sat down to one side, and told him what had happened.

“Sāriputta, Sunakkhatta, that silly man, is angry. His words are spoken out of anger. Thinking he criticizes the Realized One, in fact he just praises him.

For it is praise of the Realized One to say: ‘His teaching leads those who practice it to the complete ending of suffering, the goal for which it’s taught.’

It is a known fact that food has less nutrition and menstruation periods are happening earlier.

American girls begin menstruating more than nine months earlier, on average, than they did 20 years ago, and black girls in particular start even earlier. Experts caution that early puberty is linked to breast cancer and obesity. 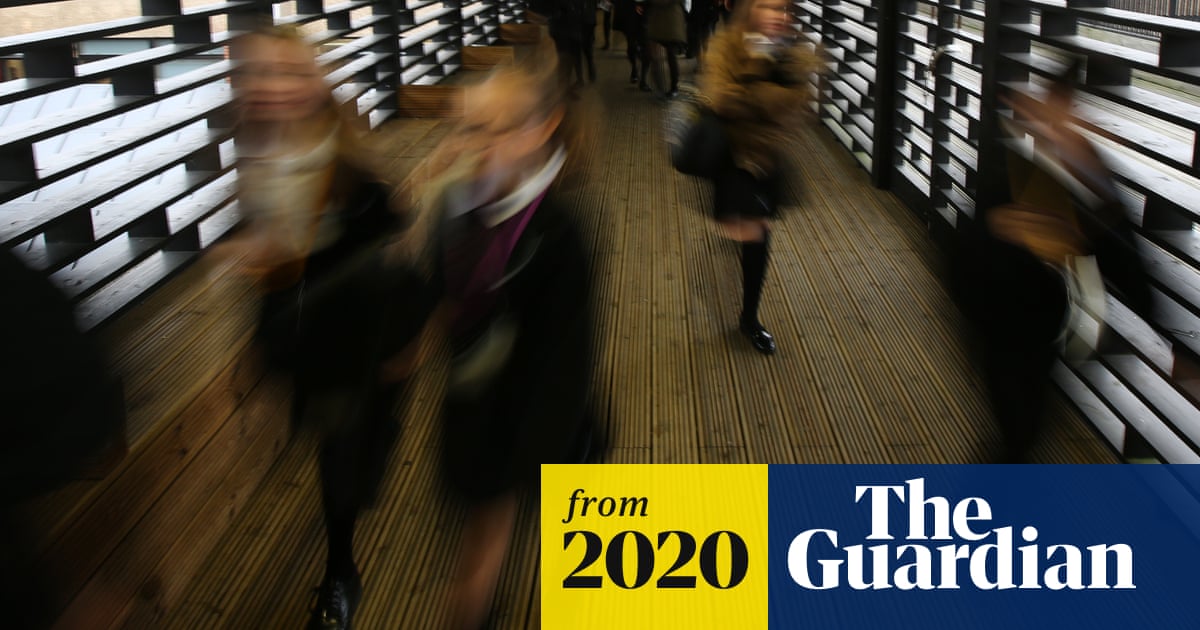 Girls beginning puberty almost a year earlier than in 1970s

Article on nutrition by Scientific American (one of many) 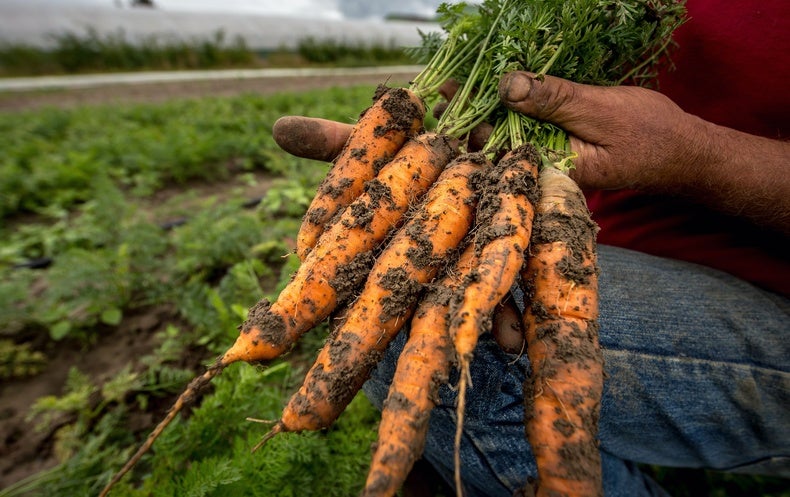 Because of soil depletion, crops grown decades ago were much richer in vitamins and minerals than the varieties most of us get today

I can’t help to think that the first physical being is one cell simple organism that depends on chemical substance (earth).

I see no reason that the Buddha would do a long discourse like that just for the sake of satire. Allegorical or figurative perhaps but not satire. The idea that it is satire is basically just confirmation bias of trying to make the Buddha’s word match the predominant theories of the scientific world in the year 1997.

I would think that it is mostly literal. Maybe not every single phrase, such as one generations kids living for exactly half as long as their parents generation (a more sensible interpretation, including what is found in commentaries is that it just meant lifespan declines over time). Given the massive rise in cancer, asthma, diabetes and other such common diseases that were relatively rare a few generations ago i think thats right.

furthermore, science changes but the Dhamma is timeless. For decades one drink (of alcohol) a day was good for you, now no drinks is good for you. A few years ago the earliest modern humans lived just 200,000 years ago, now they lived 300,000 years ago. just over 100 years ago some of the most brilliant scientists of the world, including Lord Kelvin, thought the Sun was made of coal and was much cooler than it is. Now we know its powered by nuclear fusion and is much hotter than what was thought 100 years ago. The kraken was a myth, now we know they were real and were just giant squids. Pluto was a planet, now it isnt.

Science changes but just like how modern people in the EBT movement think their particular interpretation in this moment in time is right cuz of thier superior modern brains, people have this egotistical tendency to think science of the year they live in is always right and everything must fit into that mold or be wrong. If we try to fit the cosmological aspects of Dhamma into the mold of the scientific worldview in the year 2022, all it will do is make the Dhamma seem outdated to the people in the year 2250, just as what wouldve happened if someone in the 1800s took the Dhamma and tried to make it comply with the “modern” science of that era.

Just as we consider the science of the 1800s to be primitive, the people of 2300 will consider our science to be primative, and who knows, maybe in the next 1000 years someone will encounter a fossil of a giant ancient human deep in the earths crust.

It is best to just leave the Dhamma as Dhamma and be taught as timeless as its supposed to be taught and let science develop, improve, and prove itself wrong again and again and teach it as evolving as science is supposed to be taught. In fact teaching science as absolute and right is actually a hindrance to scientific progress. You have to recognize and leave open the possibility that current scientific theories may be wrong in order to make progress in developing newer and more accurate ones with the new information you may discover, rather than trying to fit any new information you discover into the mold of the current scientific theories.

at least to me, those ancient relates born from inner visions are less problematic than seeing a video with a Tesla car floating in the outer space. In the first case, those apparently illogical visions were born from inner experiences thousand years ago. And our contemporary shock arise when we don’t know how it could be translated into our present cultural imagery of the Cosmos. Therefore, today this is labeled like a mythical stuff, which means there is not only a difference of Time but also of Minds.

In the second case, it belongs to the pure belief in the absurdity of a shared contemporary vision. Believe or not.

Although nobody can expect to find a shared questioning of the present cosmological imaginary, as also it never happened at those ancient Times. Still less at the same priests level of the past or present. This only can be developed in an individual way.

When an scholar wish to confront that mythical stuff in that coarse way, it only show his real ability to deal with that Past.