World Fellowship of Buddhists Magazine
VolXIII no1 (BE2519/1976)
From Nyanaponika Mahathera
Forest Hermitage Kandy, Ceylon
Commenting on the bio of A.Mun.

"…the shock I felt when reading the statement in the 4th section (p.135) that “a number of Buddhas togther with their arahant disciples” had paid a visit to the Acharn to “offer their congratulations upon his achievement”. The controversy that understandably arises upon such a statement can I think be conclusively and decisively settled…[he then quotes sutta passage ] Obviously , the statements abscribed to venerable Acharn Mun are in contradiction with the afore quoted sutta passage. There are also conflicts with other well-known utterances of the Master on the nature of Tathagatha, on Nibbana, and the khandhas…Admirers [of acharn Mun] will have to face the dilemma and solve it for themselves, honestly without misinterpreting the Buddha- word.

The World Fellowship of Buddhists (in Sukhumvit road) were distributing A. Muns
biography and they serialized it. They were not at all happy with Venerable Nyanaponika’s criticism of A. Mun.
The editor published a lengthy reply and below is an except:

"To Ven. Nyanaponika mahathera, Forest Hermitage, Kandy
I have received your letter dated December 1975 strongly criticising the biography of the venerable meditation master Phra acharn Mun Bhuridatto. It did not come as surprise that the English version should be no less controversial than its Thai counterpart… [it was]strongly criticised by a number or readers who could not tolerate what was contradictory to their former belief. Some of them I dare say did so out of sheer jealousy and to flatter their own egotism and vanity rather than out of genuine doubt. To such people no amount of reasoning or explanation will help. They are not seekers after Truth but are like Sanjaya and the six teachers (makkhali Gosala and others), and cannot bear to see others stand out more prominent than they do. AS far as your letter is concerned I would say that your viewpoints expressed therin are, to say the least, too strong and intolerant. <…>

I do not understand why so many Buddhists prefer to idolize the concept of Absolute Nothingness or Total Loss like that of the materialists and attribute it to teh cessation of suffering or Nibbana. What benefit is there in clinging to the nihilist idea of nothingness, hoplessness or bleakness like that? To be well versed in the Tipitaka is never enough. That is only pariyatti, which could become a hindrance and even a snake killing whoever makes a religion or God of it. This attitude towards book- learning, unsupported by firsthand experience through practice, is called agaladdupara pariyatti. It can be another Net of Wrong View. The pariyatti or book learning may earn the students such grandiose terms as Maha, pandita etc, yet it is memory work, speculation, imgination, anything but firsthand experience or attainment. Such being the case who is in a position to misinterpret the Buddha’s word. Those admirers[of book study] will have to face the dilemma and admit the incompleteness of such book-study and the delusion of high-sounding titles such as Maha, pandita ect."

I love how they “hold their guns” and defend such things as Buddhas living in Nibbāna as a way to avoid Nihilism. In short. Nihilism is when there is no kamma playing any effects. You live you die… finished, or you live 100 or x amount of lives and then you finish. This is Nihilism (in brief).
The goal is to remove the cause for rebirth, so there is no longer a rebirth to take place. The living (kamma caused/born) material and mind arise and pass again and again. After the death moment, there are no more new mind moments, nor living material.
There is no “being” that dies, but there is mind and matter that passes does not arise anew because there are no more causes (for the fully enlightened). It passes away without remainder.

Does The Buddha live in Nibbana

Does the Buddha Live in Nibbāna? Many people believe that the Buddha is alive and living in some sort of transcendental realm called Nibbāna where he can hear your prayers and eat and drink the 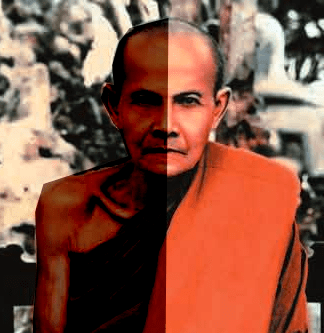 The Dark Side of Ajahn Mun's Biography

Venerable Ācariya Mun Būridatta Thera is one of the most revered forest masters of the 20th century. He is the root guru of both the Dhammayut and Ajahn Chah monasteries. He popularized the monastic practice

That’s true Bhante. Some in Thai Buddhist community sometimes misunderstood Nibbāna as Mueng Kaew aka physical Crystal City. A supreme realm away from 31 planes of existence.