Who is Kone Lone Syadaw?

Then, even after his death in 2004 at the age of 96 years old, his body was still sweet-smelling, and it did not decompose even after an attempted cremation. This has led some supporters to believe he was fully enlightened.

Does anyone know about this modern sayadaw? I heard even one of the very orthodox dhamma preachers believe him as an arahant since his body has not decomposed yet.

The practice of Kone Lone Sayadaw was largely samathā-based, and he was not believed to practice vipssana.

Nevertherless, one web article says that he has not practiced Vipassana? 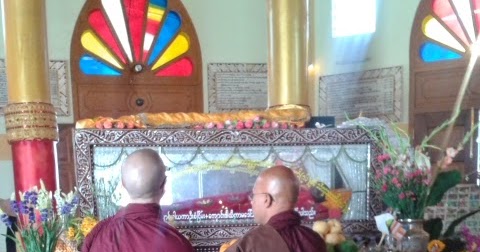 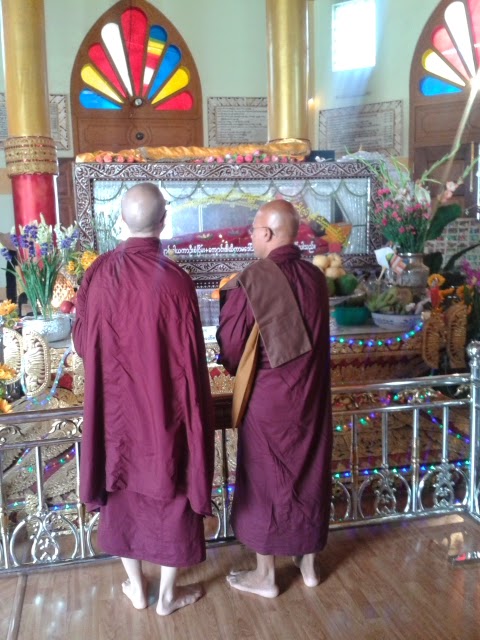 Kone Lone Monastery, also known as Sun Daung Monastery, is located in Pindaya and is frequently visited by local pilgrims.

The practice of Kone Lone Sayadaw was largely samathā-based, and he was not believed to practice vipssana. His hands were also believed to be special, particularly the palms, which were considered to have identical lines in both the right and left. Many believed his hands alone could keep away danger, and laminated cards of the late Sayadaw’s outstretched hands are available for purchase today. His name came from the nearby Kone Lone village. This was the only village in the area where animals were allowed to be butchered, and so it was frequented by the kone lone birds (similar to an eagle), who flocked over hoping to catch the remains. The Sayadaw’s Pali name had been U Tejaniya, and although he quickly left this village for another one to escape the slaughtering grounds, the name stuck with him.

The Kone Lone Sayadaw was known to eat only fruit during periods of his life. His skin was said to be so smooth and beautiful that no sweat ever marred it, and his inner purity was believed to give him a general sweet-smelling odor. He was known to become tired if even smelling the odor of those visitors who came to see him who were meat-eaters, and so only allowed a limited number of devotees at any time. Then, even after his death in 2004 at the age of 96 years old, his body was still sweet-smelling, and it did not decompose even after an attempted cremation. This has led some supporters to believe he was fully enlightened. Eventually his devotees encased it in glass and built a stupa around it. The area is very unusual for Burmese Buddhist sites. Perched on the highest point in the area, a lone pagoda sits atop the hill, its design one of endless curiosity. With engravings and tiles, the architecture is full of unexpected angles and three-dimensional forms, with some sides look flat from a distance and expanding in all directions as one approaches. Many arches appear on the lower level, and higher up the ornamental designs and motifs form an intricate ringed pattern until the five-tiered cone shaped stupa. The entire pagoda is surrounded by a great moat where koi reside, and pilgrims can buy fish food from local venders to feed them. The Sayadaw’s body lies in state within the pagoda, within a glass and metal coffin ornamented by gold. A nearby table accepts offerings, most of which are various kinds of fruit, and a fragrant tropical scent seems to hang in the air. Small squares cut from his original robes are handed out to pilgrims.

Also of curiosity here is a gourd that was found while the Sayadaw was still alive that resembles a Buddha image. Today, there is also a monastic education school attached to the monastery where many novices train. One may also mediate in the very cave where Kone Lone Sayadaw spent much of his time residing in solitude, and where local villagers report the frequent conversations he had with visiting devas.