Per the commentaries, are the selections of DN 27, AN 7.66, and DN 1, quoted below, describing real places, events and beings? Or are they strictly thought exercises and meditative techniques?

Are these selections of DN 27, AN 7.66, and DN 1 talking about real places, beings, and events? Or merely, and strictly, meditative techniques and thought exercises? I’m looking for quotes from the commentaries that confirm them as real, rather than mere metaphor.

Also, what about the six realms, and all their levels, and inhabitants, generally, in the suttas? Are they considered real by the commentaries, or mere metaphor? Where is this confirmed?

Edit: seems to me that Venerable Buddhaghosa taught them as real:

So all these [482] things are called “bases” because they actuate, because they
are the range of the origins, and because they lead on what is actuated.
5. Furthermore, “base, (áyatana) should be understood in the sense of place of
abode, store (mine),3
meeting place, locality of birth, and cause. For accordingly
in the world in such phrases as the lord’s sphere” (áyatana) and “Vásudeva’s
sphere” (áyatana), it is a place of abode that is called “base”; and in such phrases
as “the sphere of gold” and “the sphere of silver” it is a store (mine) that is called
“base.” But in the Dispensation, in such passages as:
“And so in the delightful realm (áyatana)
Those flying in the air attend him” (A III 43),
it is a meeting place; and in such phrases as “The southern land is the realm
(áyatana) of cattle” (?) it is the locality of birth; and in such passages as “He
acquires the ability to be a witness of it … whenever there is an occasion (áyatana)
for it’” (M I 494; A I 258), it is a cause.
-Vism. XV.4-5

Contraction and expansion can be understood as Big Bang theory, which is not the case in Buddhism.
The Buddha’s explanation is about the ways of Maha Bhuta - the four dhatu: Pathavi, Tejo, Vayo, Apo.
We can see the way a plant develops from sprouting and at its final stage of existence, decaying. Big Bang theory does not explain what a tree is, what constitute a tree. Can we say the same about the earth, the moon, the star, and a cakkavala (a galaxy)?

The lifespans of different beings
31 planes of existence - Dhamma Wiki

Also see Abhidhamma Teachings - Types of Gods and Their Life-spans

A Comprehensive Manual of Abhidhamma

This is the classical introduction to the study of Abhidhamma, the Buddhist philosophy of mind and mental processes. The work contains a translation of Acariya Anuruddha's Abhidhammattha-sangaha along with the Pali text and a detailed explanatory... 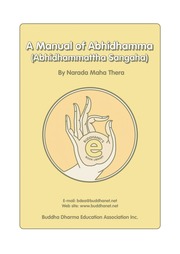 A Manual of ABHIDHAMMA(Abhidhammattha Sangaha) by Narada Maha Thera , 1987 , ISBN 967-9920-42-9Abhidhamma is considered the higher teaching of the Buddha, very...

Patisandhi is translated as rebirth, which probably leads to misunderstanding of the nature of mind. 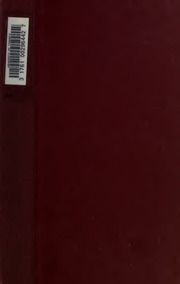 Pali Commentaries, Atthakatha, of the Theravada school of Buddhism, translated into English (only free ebooks included, no pirated version; most of them are...

Dhammapada Commentaries (a part of above book)

Thanks. Are you saying the six realms are real? Or metaphors (unreal)?

As per page 199 of the V Bodhi work, it speaks of the lifespans of the gods, which sounds quite real, and would be bizarre if a metaphor. I’ve always read them as very real locations, but saw this challenged, hence looking for the usual wonderful clarity of the commentaries.

In the V Narada Thera book, these quotes are pretty clearly talking about real places and beings, otherwise, the delineation of mind and matter in talking about the realms would make no sense:

In the Formless-Spheres there is no body but only
mind. As a rule, both mind and body are interrelated,
interdependent, and inseparable. But by will-power there
is a possibility for the mind to be separated from the body
and vice versa temporarily. Beings born in celestial realms
and Form-Spheres are supposed to possess very subtle
material forms. - p 64

Rebirth (pañisandhi) in the animal kingdom, and in
peta and asura realms takes place with upekkhàsahagata
santãraõa (akusala vipàka). Bhavaïga and cuti of that particular life are identical with this pañisandhi citta. - p 197

All beings (species of beings) have lifespan. Real or not real is perceptual. In Buddhist point of view, they are mere the five aggregates (panca Uppadanekkhanda).
See Abhiññā Sutta pdf

If someone can understand these five things as they arise at the moment with conditions and they cease instantly, that person is ready to overcome suffering and unsatisfoctoriness. Further, he realizes all his experiences arise and cease at the moment, nothing comes to the present from the past and nothing goes to the future from the present.

We call a being due to his/her perception (sakkaya ditthi) thinking he is, he exists - just as I am, I exist. Other than perception, or delusion (ignorance/moha), there is no actual being but the formation made of these five aggregates.
Concerning the senses, 3 relevant suttas are here

Formless-Spheres there is no body but only
mind

Yes, that’s a good point to consider how beings don’t exist. In terms of arupa-brahma or formless-sphere, the five aggregates are missing, but bhavanga-citta (comatic state I should say). In another case, rupa and bhavanga-citta are present but still in comatic state. In this case, the five niyamas play a role: (See page 548)

Real or not real is perceptual.

Thank you. So, then, if one were to say the six realms do not exist in any way, that they are entirely unreal, and have absolutely no reality, and were purely thought experiments/metaphors/language tools used by the Buddha, like a hare’s horn, or the child of a barren woman, would they be speaking rightly?

to say the six realms do not exist in any way,

There are four paramattha dhamma:

There are four paramattha dhamma:

Thanks. So, rupa is real, and is produced by heat, sometimes independent of kamma, for example, like land. Thus, any realms that have rupa are real, in that, even if no beings exist there, there will still be rupa existing. Hence, saying they are mere metaphor, or only exist as a perception for those with sakkaya ditthi, seems false. There are very real areas of the cosmos where rupa is generated independently of kamma and perception. The other realms are surely real as well, but I’m not knowledgeable enough to explain why (which is why I made this post asking if others know). However, realms with rupa are inarguably real.

“Tejo is the element of heat. Cold is also a form of tejo. Both heat and cold are included in tejo because they possess the power of maturing bodies. Tejo, in other words, is the vitalizing energy. Preservation and decay are also due to this element. Unlike the other three essentials of matter, this element has the power to regenerate matter by itself.”

“All form is that which is…
void of idea,
neither feeling, nor perception, nor synthesis,
disconnected with thought,”
“form exists which is not due to karma having been wrought”
-Ds 2.2.3

So, rupa is real, and is produced by heat

Mahabhuta catudhatu - four primary elements that bind and form into various particles. Heat is one of the four. They are unstable so formation (sankhara) is impermanent. Hence, the dhamma is “sabbe sankhara anicca ti.”

There are very real areas of the cosmos

Kamma is volition - i.e. intentional act. What things can do something with intention? Things with consciousness can. What are they? They are the sankhara (formation) of citta, cetasika and rupa.

We should always keep in mind about the four paramattha dhamma. Three are sankhata and one is asankhata.

However, realms with rupa are inarguably real.

Yes, they are real - including human domain/realm.
Animals are eating each other after a kill. What left after a kill? Rupa - corporeal body that is eaten.
But brahma don’t eat rupa. They still eat, but they eat glee, rupture produced from jhana.